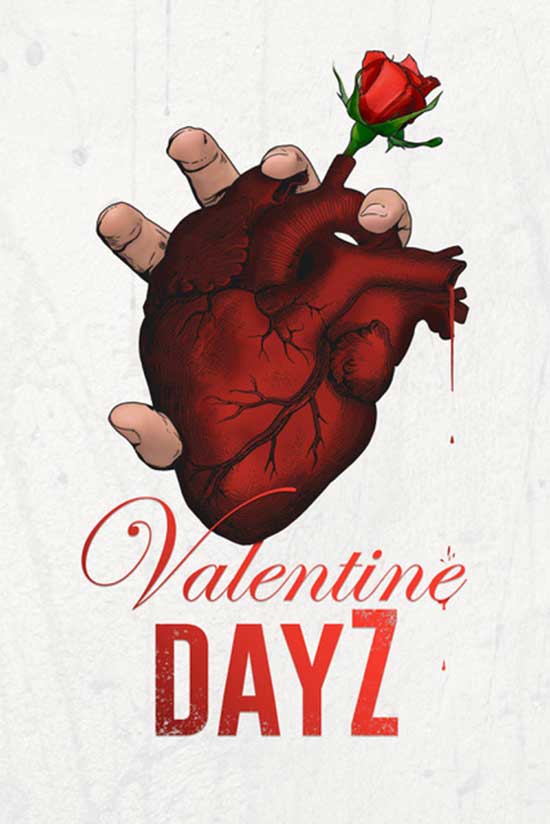 Comedy Dynamics & Firebreathing Films has just released Valentine DayZ, a comedy-horror feature starring Carrie Keagan and Dallas Valdez. They play Max and Sara, who meet and fall for each other in Palm Springs… but their love story is cut short due to a sudden zombie outbreak. Max is not as mild-mannered as he appears, but one zombie he isn’t able to kill is his darling Sara.

Horror movie icon Robert Allen Mukes plays the main zombie, Dark Eyes. Mukes, who stands an imposing 6′ 10″ and is known for his work on House of 1000 Corpses and HBO’s Westworld says that playing the role of Dark Eyes was a truly one of the best experiences of his professional career. “I had the pleasure of working on one of the most professional projects of my career thus far. The production staff was highly skilled while the script was what every actor looks for; challenging yet fun. 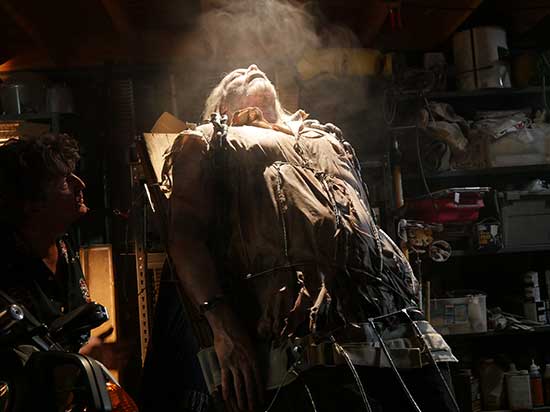 My character went from the heights of being a wealthy owner of a yacht surrounded by beautiful women to finding himself lost and bleeding in the desert,” says Mukes. Other cast includes Curt Lambert (A Prayer for the Damned) as Del, and Diane Ayala Goldner (Slay Belles). The film is executive produced by Gi Gi Gadek and Brian Volk-Weiss. Producers are Kate Rees Davies, Staci Layne Wilson, Griffin Gmelich, and Sarah Craig. Valentine DayZ is out now on iTunes, Amazon Prime, Google Play, Steam, Vimeo, Vudu, Microsoft XBOX, and YouTube.