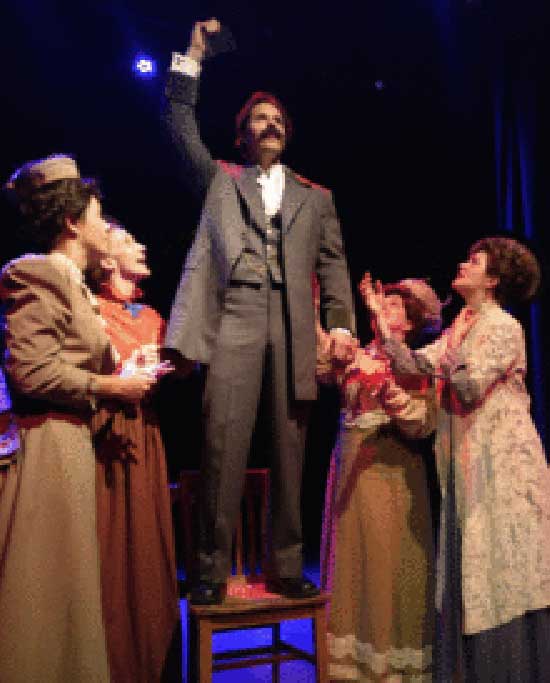 In 1893 a Devil roamed the White City at the Chicago World’s Fair.

The Devil was Herman Webster Mudgett, a medical doctor who went by the alias of Henry Howard Holmes, America’s first known serial killer.

When captured Holmes penned a pamphlet pleading his innocence, but quickly changed his tune when William Randolph Hearst offered a small fortune for the true story.

Holmes then wrote a lurid account of murdering men, women and children in a Hotel he built for the Fair, and selling their bones to medical schools.

“One pictures him scurrying into the cellar to dissect a corpse,” wrote Robert Bloch, author of PSYCHO, “then hurrying through a concealed passageway to join his latest inamorata in an upstairs bedroom. The comings and goings, the opening and closing of doors as though on cue, are reminiscent of a French farce.”

VILLAINY is Holmes’ Own Story as a sometimes scary, sometimes funny tale of murders & marriages, seductions & swindles, and… a whole lot of skeletons. 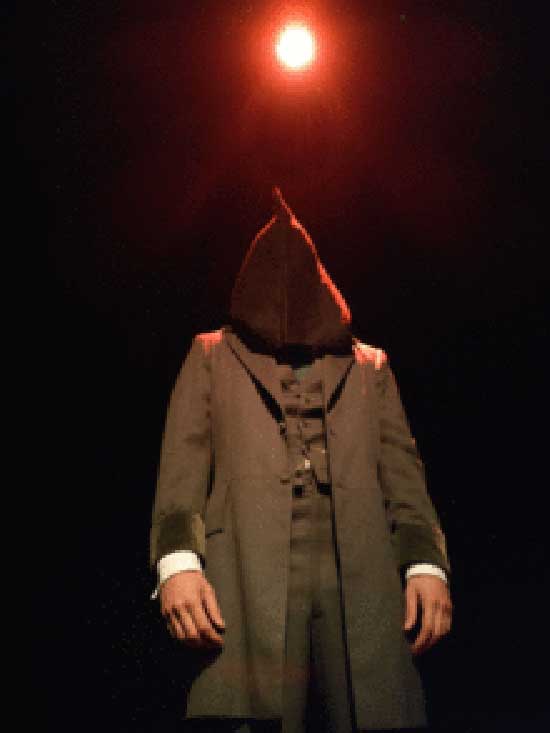 Make Up & Wigs by Judi Lewin

CAST (In Order of Appearance):

Halloween is coming. And so is VILLAINY.