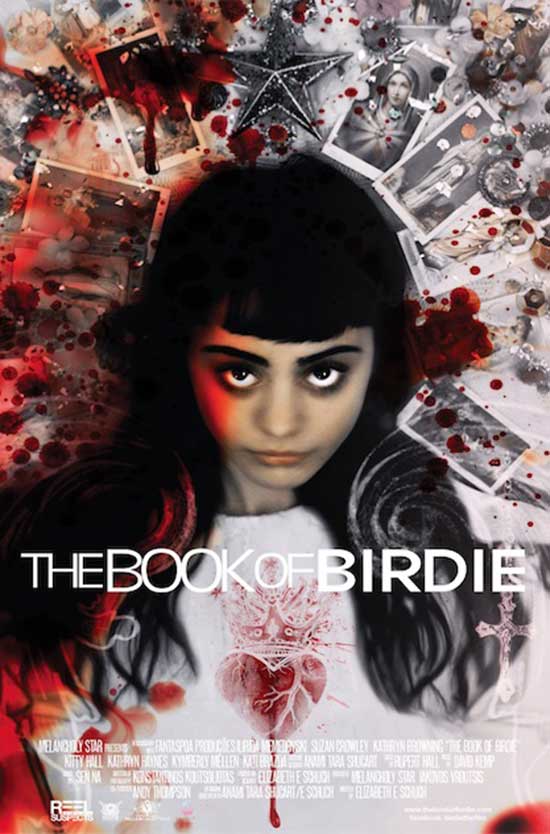 When a fragile, imaginative teenager is placed in a dying convent, will her unusual obsessions and hallucinations become a mark of sainthood or a dark heresy?

Introverted Birdie is sent to live in a quaint and isolated convent by her concerned grandmother, in an attempt to change her sobering outlook on life. But left to her own devices she develops a heightened obsession with blood, which seems all too willing to flow from her body, and reoccurring visions and hallucinations that pull her in every direction. Sometimes whimsical and sometimes gory, Birdie passively questions – is she a saint or is she cursed?

Escaping the watchful eye of Mother Superior and the other nuns Birdie begins an intimate friendship with Julia, the groundskeepers daughter, but things begin to spiral out of control when the closing of the convent is announced and fates must be confronted.

THE BOOK OF BIRDIE is the feature directorial debut from Elizabeth E. Schuch, who’s background includes credits and accolades in theatrical design, visual effects, and storyboarding. The film has a majority female crew and exclusively female cast led by mesmerizing newcomer Ilirida Memedovski in the starring role of Birdie alongside seasoned talent Susan Crowley (Mother Superior) and Kathryn Browning (Grandmother).

THE BOOK OF BIRDIE had its world premiered at Göteborg Film Festival 2017 in Sweden, screened opening night at Brazil’s celebrated genre festival Fantaspoa, played the prestigious Sitges Fantastic Film Fest in Spain, and went on to win Best Film at the Stranger With My Face International Film Festival in Tasmania and Best Cinematography at the Brooklyn Horror Film Festival, where it was the closing night film.

Tags THE BOOK OF BIRDIE