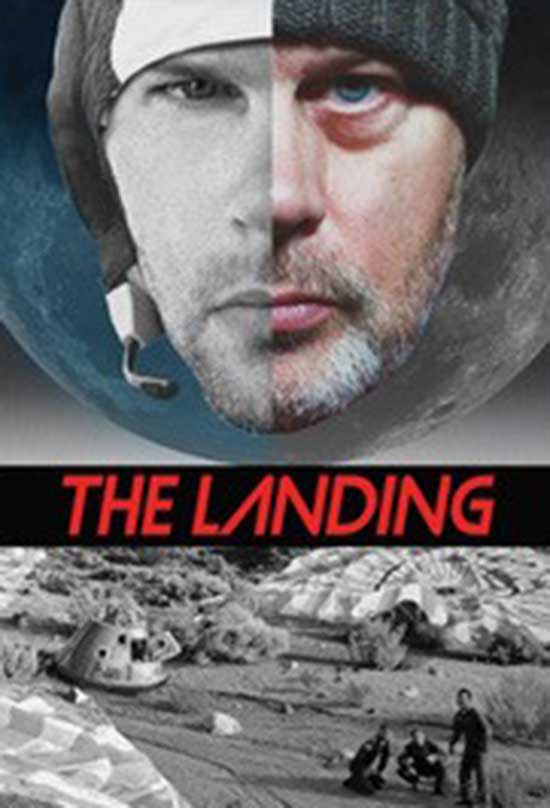 The Landing‘s fascinating story ostensibly revisits Apollo 18 more than 25 years after the mission’s controversial catastrophe that left two American astronauts dead and which marked the end of U.S. moon missions.   A unique blend of perceived fact and fiction that demonstrates just how easy it is to be fooled, The Landing follows the feasible disaster and subsequent 20+ years of legal wrangling, as investigators take a disorienting look into what could be real … Or is it?   An extraordinary work of filmmaking that, in today’s “fake news” environment, demonstrates how easy it is to fool the world, The Landing is so close to reality that determining what’s has provided a challenge to movie-goers in theaters and at film festivals.

Originally created first as a short, years later it was developed it into a full-length feature, with the same actors recreating their roles, including Don Hannah (Daryl’s sibling).

During a U.S. Air Force career, actor Jeff McVey, who plays astronaut Al Borden, was part of the elite Aerospace Rescue and Recovery Service under Military Airlift Command (today under Special Operations Command), training in 1975 as a pararescuer for NASA’s Apollo-Soyuz mission–The first, manned U.S.-Soviet space flight, which utilized an unnumbered, surplus Apollo vehicle and marked the end of the “Space Race” that began in 1957 with the Sputnik launch.

The release of The Landing coincides with NASA’s year-long observation of the 60th anniversary of the U.S. space program and as the agency ramps up for the 50th anniversary of the Apollo program – which put a dozen Americans on the Moon between July 1969 and December 1972 – a celebration beginning Oct. 11 at the National Air and Space Museum in Washington, D.C., and will run through December 2019.

In reality, there were only 17 Apollo missions.   Apollo 18 (scheduled for February 1972) was scrubbed due to budget cuts.  But some viewers have actually thought they “remembered” the Apollo 18 mission after viewing the film …

In 1973, the United States manned space program experienced an extraordinary tragedy, an event that, despite its place as one of the most disturbing episodes of the “Space Race,” was nevertheless all but ignored during the emerging Watergate scandal that ultimately claimed the presidency of President Richard M. Nixon. Returning from a successful lunar landing mission, NASA’s Apollo 18 suffered a computer error that forced command module pilot Bo Cunningham to take the controls and fly the spacecraft to an emergency landing in the remote Taklamakan Desert of western China, far from the intended splashdown target in the Pacific Ocean. Thirty-six hours would pass before NASA located the spacecraft, by then the site of a national tragedy. What happened during the astronauts’ time in the desert, the inquiry that followed and the mystery surrounding the event is the subject of The Landing.

“Presented as a documentary, our movie demonstrates how unsettlingly easy it is to reshape people’s memories,” say The Landing co-writer/directors David Dodson and Mark Dodson, who explain that many viewers of the award-winning film were convinced it was a real documentary regarding actual historic events when it appeared at film festival screenings. “It’s one of the abiding themes of the project and particularly germane in today’s cultural and political climate amidst the whole ‘fake news’ and ‘alternative facts’ lunacy.”