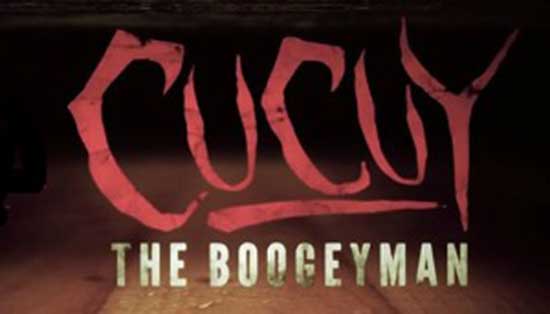 Hybrid Entertainment’s upcoming original movie, Cucuy: The Boogeyman, scheduled to premiere on SyFy on Saturday, October 13th (7p/6p CT) is a timely twist on the indelible legend of a story young children are told by their mothers about a Latin American boogeyman known as the Cucuy who would come at night to snatch misbehaving children and take them back to his cave to be eaten.

Directed by Peter Sullivan (who helmed Stan Lee’s “The Sandman,” SyFy’s runaway hit last October), this highly anticipated seasonal gem is set in fictional Glimmer Peak, the kind of small town where nothing ever happens. “As the Cucuy, the Mexican Boogeyman, is known for preying on misbehaving children, we chose to revolve the story around a troubled teen currently on house arrest, says director Sullivan.  “We shot in an abandoned neighborhood on the site of a former state hospital in Pomona, CA. The facility, no longer in use, provided an additional uneasy quality to the film’s aesthetic,” he emphasizes.

The holiday offering begins with the local police department finds itself off guard when the town is hit by a series of unexplainable child abductions. With no witnesses, no evidence, and no discernible connection between the missing children, the local Sheriff (Brian Krause) has reached a dead end. “Riverdale’ star Marisol Nichols (right) is cast as beleaguered, widowed mother, ‘Rebecca,’ who is monitoring daughter ‘Sofia,’ portrayed by Jearnest Corchado, who with her younger sister, ‘Amelia’ (young actress Bella Stine) is stuck under house arrest.  With plenty of free time on her hands and nothing better to do, Sofia begins a daily ritual of spying on her immediate neighbors, including Murphy (Pedro Correa), her former classmate and crush; and her mysterious new neighbor Boyd (Jack Erdie).

Unable to leave her house, she nonetheless finds that her bedroom window provides the perfect place from which to investigate the mysterious disappearances plaguing her small town. Her touching relationship with her younger, hearing-impaired sister (Bella Stine) provides much of the film’s heart, especially when the latter finds herself targeted by the supernatural terror. Suddenly their mother (Nichols), already working double shifts to keep a roof over their heads, has to confront a very different type of challenge.] 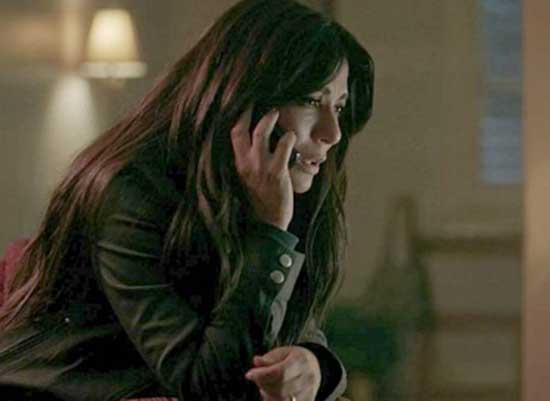 Is it possible that the Cucuy has come to Glimmer Peak?

We’d love to set an interview for you with writer-director Peter Sullivan timed to the Hybrid-produced SyFy premiere of Cucuy: The Boogeyman mid-October.  Please reply with your specific outlet and whether a complete screener link is necessary before you speak with Sullivan.