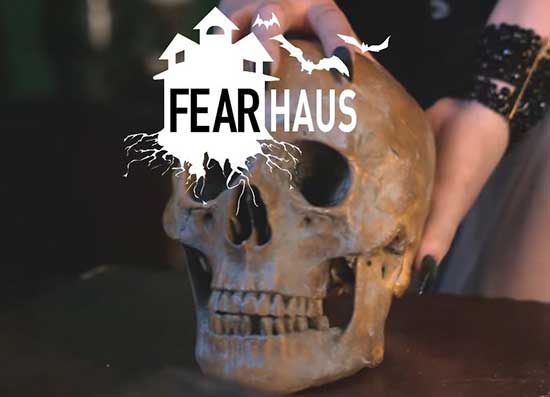 The long-awaited release of the newest Fear Haus episodes has arrived, with a new episode release every Wednesday. This all comes just months after their self-proclaimed “Fear Week” where selected “Fear Makers” gathered at Moonshine Post-Production in Atlanta (AKA “Fear Haus Headquarters) to create 30 episodes over the course of one week. From beginning to end, hostess Blair Bathory introduces every chilling episode with a menacing grin.

Fear Hays first first caught the attention of horror fanatics across the globe when they released their first episode to YouTube. The channel quickly gained traction as creator Blair Bathory and founder of Moonshine-Post Production, Drew Sawyer, worked together to produce a platform for indie horror short films to fall under one name. As both a content creator and the studio doing all post-production of the series from script to screen, Sawyer continues to be a force in Georgia’s film industry.

The teaser for the new season is here: