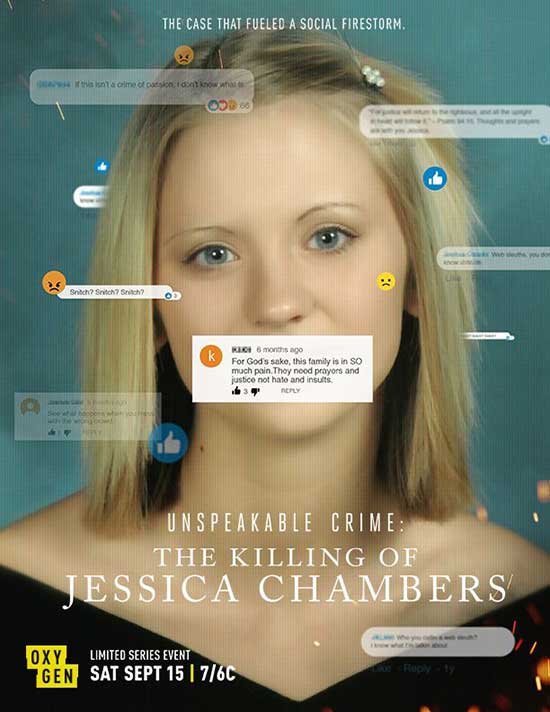 In addition, the series unfolds one of the most talked-about cases on the internet with unprecedented access to Chamber’s family members, including her parents, Lisa Daugherty and Ben Chambers; Tellis’ mother, Rebecca Tellis, and sister, Laqunta Tellis; the first responders who may have heard Chambers utter her killer’s name; BuzzFeed News’ Baker, who reported Jessica Chambers’ story and the frenzy behind an army of online armchair detectives trying to help find her killer; local journalist Therese Apel; and legal analyst Beth Karas, who has covered the case and trial extensively.

Episodes 1 & 2: When 19-year-old Jessica Chambers is set on fire inside her car and burned to death, the question of who did it quickly becomes a nationwide obsession all while wreaking havoc on a small Mississippi town.