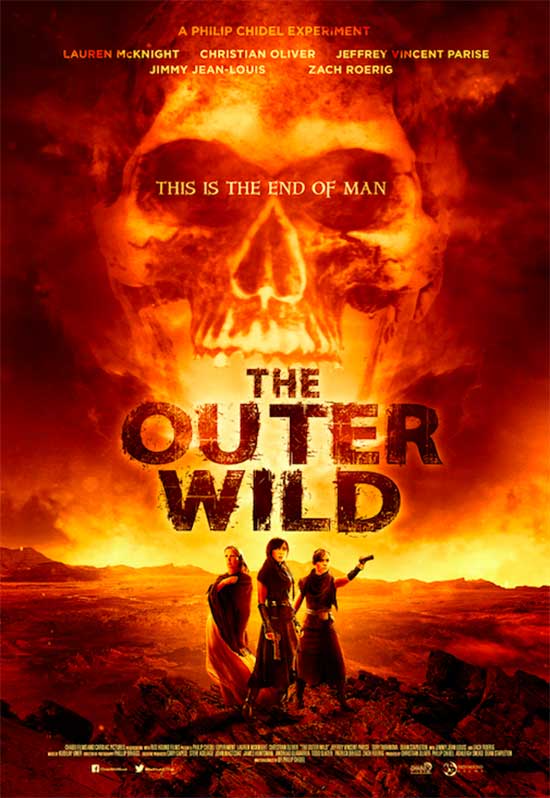 THE OUTER WILD is a genre-bending thriller, part post-apocalyptic western and part Sci-Fi/horror/thriller, a generation after the unnatural event that has destroyed mankind. A new breed of creature, mutated from man, now runs the earth. Survivors live in colonies meant for protection — but mutations continue, and numbers are dwindling. Man’s time on Earth is over.

Now, a girl named Laura might hold the key to saving everyone. But when an experiment goes horribly wrong, she flees the colony to head for a refuge that may or may not exist — a fabled safe haven under a mysterious red star, where life is rumored to be as perfect as it should be. She is pursued by a bounty hunter named Cole, who ultimately helps her find this better place. But to get there, they must brave a dangerous wilderness infested with creatures both known and not.

As Laura discovers the lands outside the Colony for the first time, she finds this world is nothing like she had been told. Morality seems to have been lost along with mankind in the crisis that had killed the earth, and the lines between man and animal are blurred. Now, as she and Cole pioneer their way towards a better future, Laura questions whether mankind is worth saving — and in theend, she must face a final sacrifice that will determine the place for humanity at the end of the world.

Written and Directed by: Philip Chidel

Tagline: This is the end of man.

In this post-apocalyptic frontier western, mankind has given way to a new breed of beast, mutated from man. A survivor named Laura may be the cure to these mutations but she flees to save herself. Aided by a hunter sent to catch her, she braves the dangerous unnatural wilderness in order to find a fabled refuge of freedom — and only there will she discover the fate of humanity at the end of the world.

THE OUTER WILD is now available to pre-order here:. apple.co/2NaWJv6