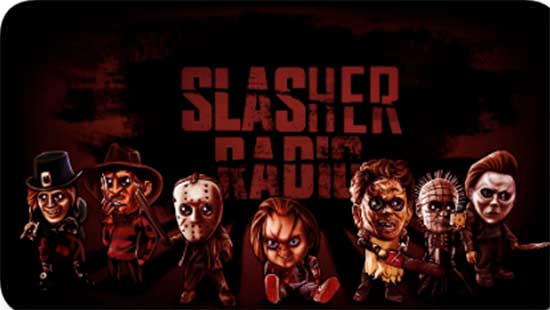 We are a horror film podcast based in New York that brings content from the genre’s biggest stars! Our hosts Mikey Bonez and Dismay battle it out weekly and discuss all types of horror flicks. We’ve recently had some horror heavyweights on our show including John Kassir (TALES FROM THE CRYPT), Tony Todd (CANDYMAN), and Harry Manfredini (FRIDAY THE 13th, Composer)!

One of our recent guests, Diane Franklin, who’s most known for her role in “Amityville II: The Possession” came on the show to talk about the upcoming 2018 film “The Amityville Murders”. Diane offered up some in-depth details about the film that you won’t find anywhere else! There is some great pre-publicity info within the episode that I think you’ll find interesting.

Check out Episode 46 and Recap below:
slasherradio.com/episode-recap-diane-franklin-amityville-ii-1982-the-amityville-murders-2018/

We’ve also recently spoke with 3 cast members from the new “UNFRIENDED: DARK WEB” film! Andrew Lees, Stephanie Nogueras, and Savira Windyani spoke about their roles and the different filming techniques used in this type of modern horror film production. It was intriguing to hear the background story from the actors’ point of view!

Check out Episode 45 and Recap below:

Last week’s episode featured Javier Botet who starred in the title role of “Slender Man” which released just last week. He also spoke about his experiences with the new “IT” productions as well as his work as Crooked Man in “The Conjuring 2”!

Check out Episode 47 and Recap below:
slasherradio.com/episode-recap-slender-man-2018-javier-botet-it-the-conjuring-2/