Of his latest work, Quinn said, “After having directed several very experimental works like Flesh of the Void, The Temple of Lilith and Sulphur for Leviathan, all of which combined very raw emotions and extremely controversial themes with arthouse-heavy 16mm cinematography, mostly without clear story lines, I realized the potential of arthouse cinema. Many people seemed to love the focus on visual filmmaking, even people who otherwise weren’t interested in the extreme experimental aspects. It was for this reason that I made it my goal to create a short film that still focuses on these elegant, painting-like visuals, but does so on a much larger scale, with a very linear story and non-experimental execution, something that even the most traditional horror fans will be able to enjoy. The decision to shoot on 65mm was made to convey the most breathtaking and epic style the film could have, a style most people know from classic blockbusters, combining it with classic horror elements as well as those of gut-punch dramas.”

Quinn has hired Ziryab Ben Brahem as the director of photography. The score of the film will be created by Joseph Bishara, the mastermind behind the musical compositions of films like the Insidious series, The Conjuring 1 & 2, Annabelle 1 & 2 and Dark Skies. The visual effects will be created by producer Justin Schenck, who has previously worked on the effects of Swordfish and the cult TV series “The Exorcist”.

Daughter of Dismay tells the surreal and mystical tale of an emotionally broken witch. She enters the darkness of the woods to fulfill her biggest desire, for which she takes extreme and radical measures that will have sinister consequences. Portrayed in elegant painting-like, the film is an epic, moving and emotional trip through a world of witchcraft and occultism, leading to a heartbreaking and melancholic finale. 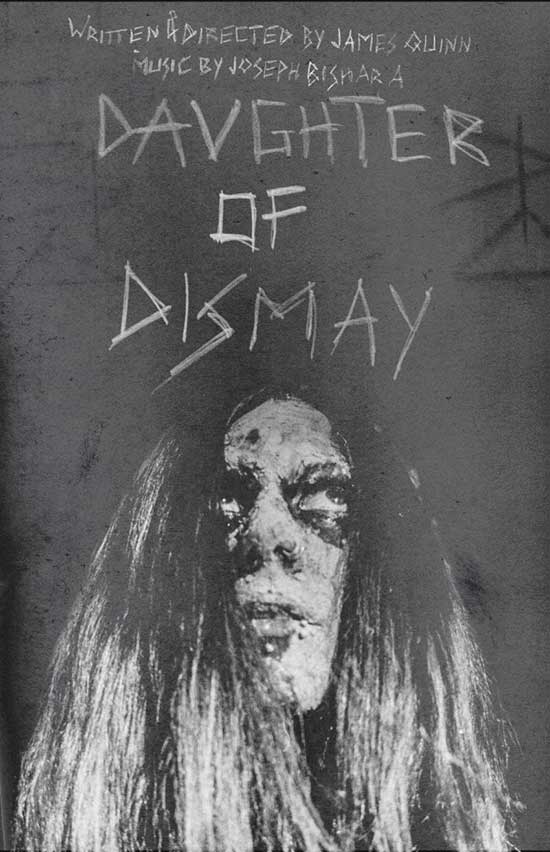