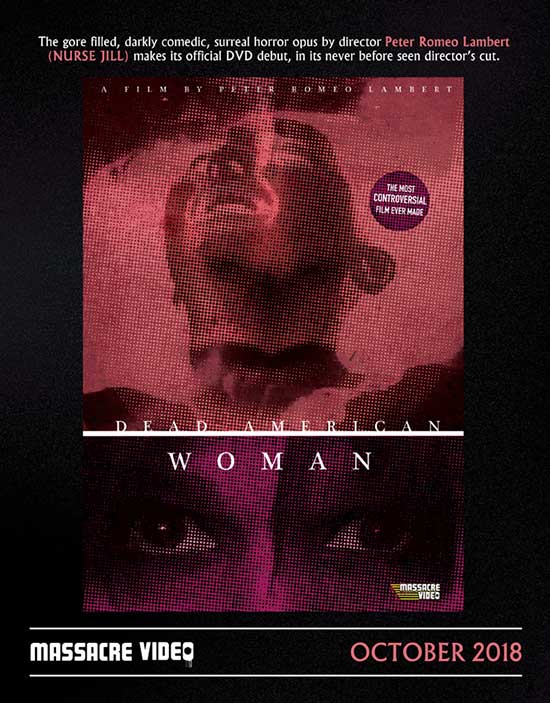 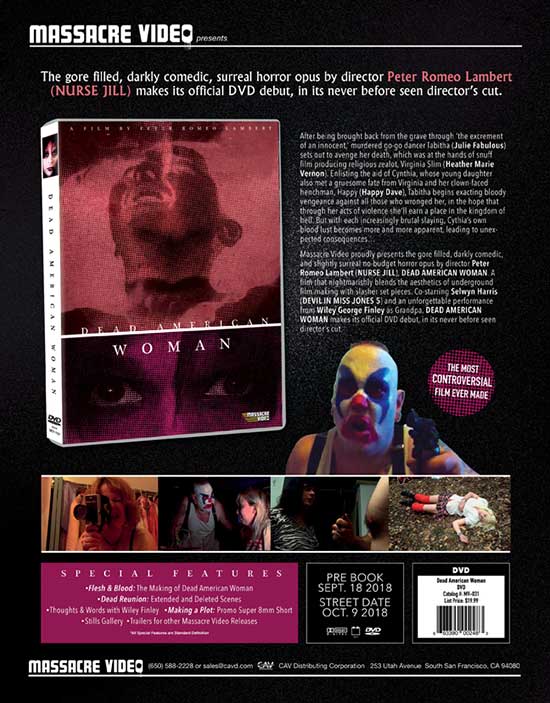 After being brought back from the grave through ‘the excrement of an innocent,’ murdered go-go dancer Tabitha (Julie Fabulous) sets out to avenge her death, which was at the hands of snuff film producing religious zealot, Virginia Slim (Heather Marie Vernon). Enlisting the aid of Cynthia, whose young daughter also met a gruesome fate from Virginia and her clown-faced henchman, Happy (Happy Dave), Tabitha begins exacting bloody vengeance against all those who wronged her, in the hope that through her acts of violence she’ll earn a place in the kingdom of hell. But with each increasingly brutal slaying, Cynthia’s own bloodlust becomes more and more apparent, leading to unexpected consequences…