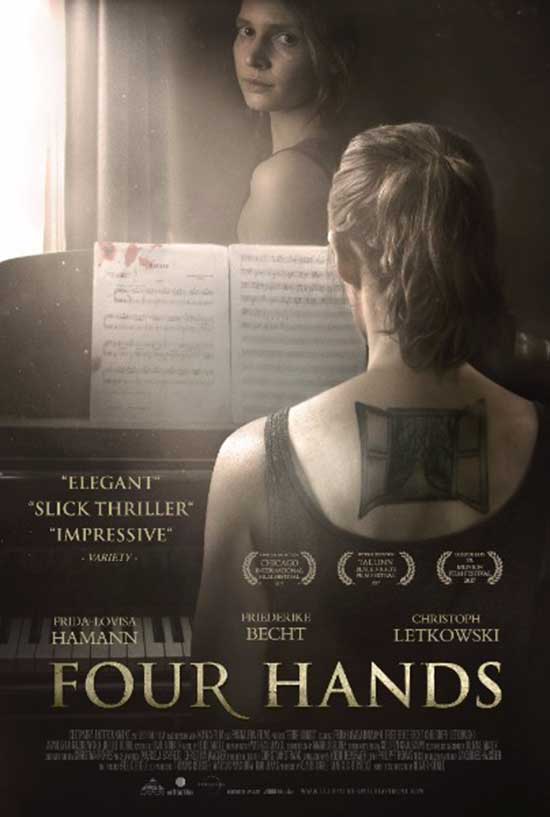 FOUR HANDS follows sisters Sophie and Jessica after they witness a brutal crime as children. Jessica promises the younger Sophie that she will always protect her, but as they grow older, this this promise became an obsession. As adults, Jessica suffers from paranoia and sees threats to her and her sister everywhere. But Sophie wants to live a normal life without fear and without her sister, and instead wants to become a pianist and fall in love. When the perpetrators from their youth are released from prison after 20 years, Jessica is shocked and wants to confront them. After an accident changes everything, Jessica’s promise to always protect her little sister turns into an existential nightmare.

The deal was brokered by Cleopatra Founder and CEO Brian Perera, Tim Yasui, VP/GM of Cleopatra Entertainment, and by Moritz Hemminger of ARRI Media on behalf of the filmmakers.

FOUR HANDS will also be released on VOD on September 25th, followed by a DVD release on November 13th.