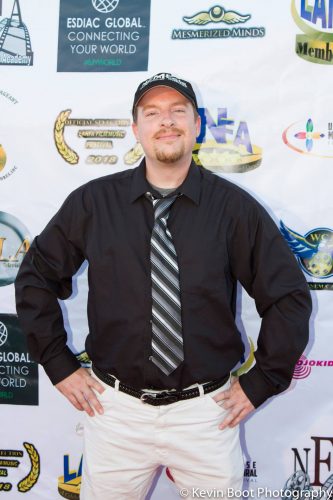 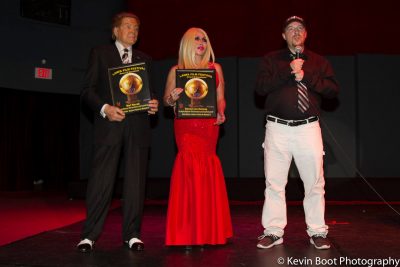 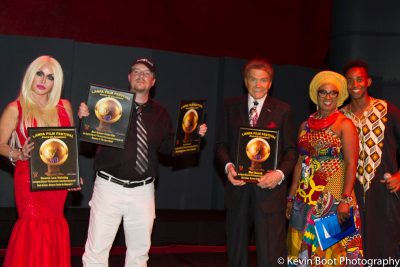 The synopsis for Nemesis 5 is: “It is the year 2077 and terrorist organization known as The Red Army Hammerheads now dominate the Earth. The fate of humanity now rests in the hands of The New Model, Ari Frost. Trained under the wing of Alex Rain, she must form an army of Cyborg Humans to take down the regime and regain control. After all, 86.5% is still considered human.” The film stars Schuylar Craig, with Sue Price reprising her famous Alex role from Albert Pyun’s Nemesis II: Nebula, Nemesis III: Prey Harder and Nemesis 4: Death Angel. The cast includes: Mel Novak, Dawna Lee Heising, Zach Muhs, Mark Popejoy, Shaun Vetick, Clint Beaver, Edwin Garcia, Crystal Milani, John R. Walker, Joelle Reeb, Robert Lankford, Daiane Azura, Darren Barcomb, Colby Coash, Lia Havlena, Breana Mitchell and Daniel Joseph Stier. The Executive Producer is Albert Pyun and the Producers are Mark Popejoy, Randy Scornavacca, Zach Muhs, Edwin Garcia, John R. Walker and Jason Bracht. The writer of the great script is Mike Reeb and Shaun Vetick is the fantastic stunt coordinator. The composer of the riveting soundtrack is Rob Robinson, and the cinematography is by Ferguson and Guy White. 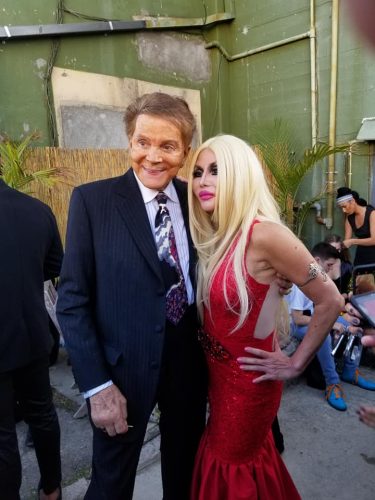 Nemesis 5 is being distributed by Worldwide Multimedia and will be available before the end of the year. Says Ferguson, “I’ve got word the film will hit before Christmas, but watch the official Nemesis 5 Facebook page for the Official Announcement.” Dawna Lee Heising notes, “I am grateful to Mike Reeb for writing such a great role for me and such a powerful scene for Schuylar Craig, Mel Novak and myself. This is a film I am really proud and honored to be a part of and I can’t wait for everyone to see it! Thank you to King Bassey and LANFA for this amazing and prestigious award, and to talented filmmaker Dustin Ferguson for his wonderful direction. I am very grateful to Dustin for all he has done for my career!” About Dustin Ferguson: 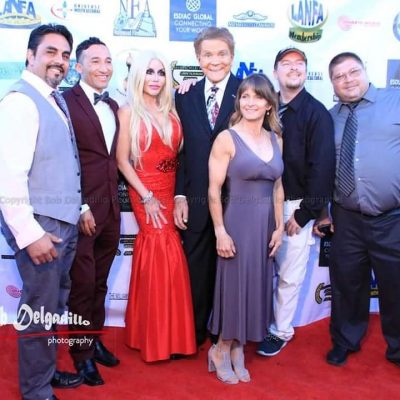 Ferguson has also been hired to help shoot the documentaries “What an Institution: The Story of Police Academy” and “The Party’s Just Begun: The Legacy of Night of the Demons”. “What an Institution: The Story of Police Academy” is an in-depth look into the making of the 1984 classic ‘Police Academy’. In 1988, “Night of the Demons” was released to a staggering success in its limited theatrical run, making an even bigger splash on the home video market. Both documentaries are from the makers of “Pennywise: The Story of IT”; “Leviathan: The Story of Hellraiser”; “Hellbound: Hellraiser II”; and “RoboDoc: The Creation of RoboCop”. The documentaries will feature exclusive interviews with cast and crew members from each film in each franchise, never before seen behind the scenes content, conceptual art and publicity materials. 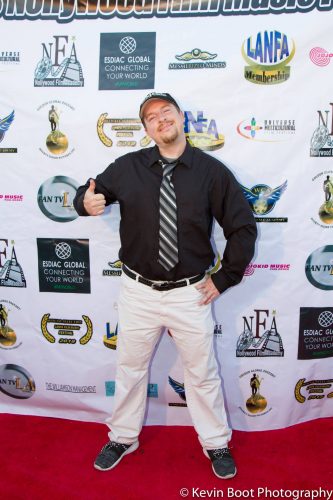 Ferguson has also recorded his own music under the name of “Dirty D.” Dirty D was featured in the hilarious comedy “Horndogs Beach Party”, and has recently released the upbeat EP “Hollywood Rock”, which will be featured in Ferguson’s television pilot “Los Angeles Lifers”, starring Carrie Anne Burnans, David Thomas Newman, Neveen Woods, Ryan Rasberry and Dawna Lee Heising. The music video for “Midnight Dancer”, the single featured on the EP will be directed by noted filmmaker Brainztem, who is known for his work with Rap Artist “Cuban Doll”.

About King Bassey: LANFA was created by King Bassey, who hails from Akwa lbom, Nigeria. He has an Associate’s Degree in Electronic Tech and Micro Computers from National Technical School and a Bachelors Degree in Media Production at Intercontinental University, Los Angeles. His concentration was in the areas of directing producing, editing, screenwriting and cinematography. After looking at the negative images and portrayal of Africans on TV, King become one of the first to start Afrikan Network Television on a UHF channel in the early 90’s, bringing programs from Africa to educate people about Africa. The program was featured in the LA Times. 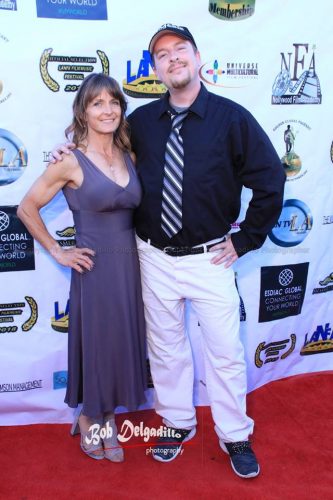 Bassey has released three albums, including “David Dance”, and he is the founder of the Los Angeles Nollywood Film Association (LANFA). LANFA’s goal is to provide a platform for creative artists to produce and showcase unique artistic abilities, increase awareness in the community, promote the brand, and to strengthen and grow the credibility of the group. The organization also strives to foster the creation of successful working partnerships, empower networking, raise visibility, and strengthen distribution and marketing channels. Every year, the festival screens Afrikan and other international films. 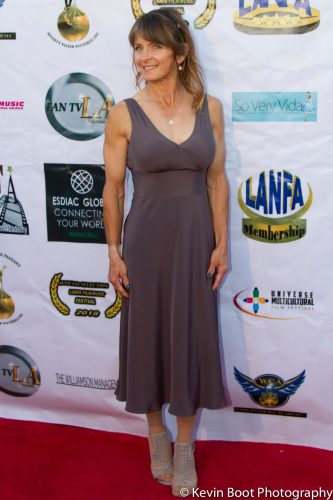 Bassey has won several awards, including Best African Singer and Writer from the City of Los Angeles, an Award for Best Video Programming, Educational & Documentary, and a Media Award for Best Photographer. He directed and produced his first film called “Johno the Fake Producer” in 2007. His second film “Undisciplined” is a story about the way negligent parents raise their children, and in 2010, he directed “Queen in LA”, which is about human trafficking. His latest film is “A Woman in a Man’s World”, and is a multicultural film creating awareness about the global fight for violence against women in work, home and church. 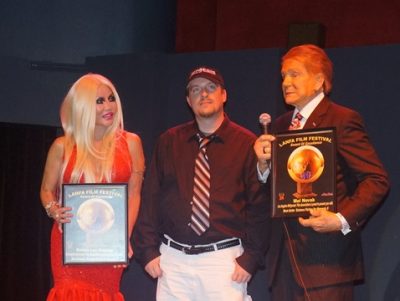