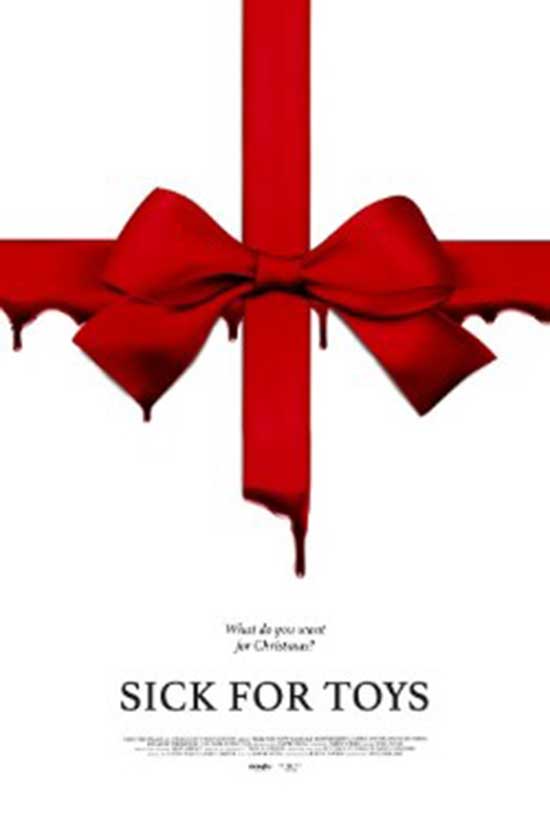 Synopsis:
Roy is the nice guy who finishes last. Sick of his current situation, he accepts an invitation to have Christmas dinner with the beautiful and strangely alluring Emilia. Once at dinner, Roy realizes that Emilia and her oddball brother (Edward) are not what they seem.

Directed by David Del Rio and based on a story by James Oster and screenplay by Justin Xavier, SICK FOR TOYS is executive produced by Jon Paul Burkhart and David Gunning. The deal was negotiated directly with the filmmakers by Miguel Johnson, Acquisitions Manager of Freestyle Digital Media.

SICK FOR TOYS has a run time of approximately 90 minutes and is not rated.

Debuting on Digital and VOD September 4