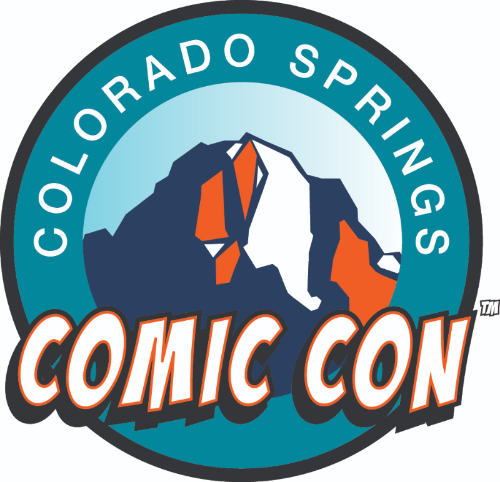 Now in its third year in the Springs, Colorado Springs Comic Con is primed to be the biggest event to hit the area. Moving to a new, much larger, more fan friendly, and centralized location, the pop culture event produced by Altered Reality Entertainment, will showcase the best from television, films, wrestling, and cosplay.
From August 24th to the 26th, thousands of fans will converge on the Chapel Hills Mall Event Center at 1710 Briargate Boulevard, to meet guests Natalia Tena from the Harry Potter franchise and Game of Thrones, Billy Boyd from the Lord of the Rings trilogy, Theo Rossi from the popular Netflix series Luke Cage and fan favorite Sons of Anarchy, James Murray from the truTV’s Impractical Jokers, and from Deadpool 2, Stefan Kapicic and Brianna Hildebrand.
From the wrestling world, fans will meet Rey Mysterio, Amy Dumas, and Trish Stratus. Nerds everywhere will be excited to experience the Revenge of the Nerds reunion and after party, featuring Curtis Armstrong, Robert Carradine, Donald Gibb, and more.
Organizers are proud to continue the tradition of hosting the largest group of guests from The Walking Dead, including Seth Gilliam, Khary Payton, and Kerry Cahill. Fans of animated television, movies, and video games will meet the actors behind such characters as Batman from Batman: The Animated Series, Boba Fett from Star Wars Episode 2: Attack of the Clones, Bender from Futurama, and Nathan Drake from The Last of Us video game. Voice actors appearing include Kevin Conroy, John DiMaggio, Nolan North, Troy Baker, and many more.
Fans of comic book art will meet talented artists such as Allen Bellman, Bob Layton, Dan Green, Derek Riggs, Ron Marz, and dozens more, both from the mainstream and independent communities. Cosplay guests include AZ Powergirl and Rosanna Rocha.
Attendees to the 3rd Annual Colorado Springs Comic Con at the Chapel Hills Mall Event Center can expect the opportunity for autographs and photo ops with the guests, Q&As and engaging panels, a cosplay contest for adults and kids, a Kids Con featuring activities for the younger fans, and much more to see and do.
Tickets are currently on sale through the event’s website at www.cscomiccon.com. Ticket prices start at $25 for adults and $10 for kids between the ages of six and twelve. VIP passes are also available. The Revenge of the Nerds After Party for fans 21 and over is Saturday, August 25 from 10 p.m. to 1 a.m. at the Colorado Springs Marriott, 5580 Tech Center Drive in Colorado Springs.
About Altered Reality Entertainment, LLC
Altered Reality Entertainment, LLC is an entertainment event company that produces multimedia, multi-genre events throughout the US, including their flagship event Rhode Island Comic Con, ComiCONN “A Show for the Fans by the Fans,” Colorado Springs Comic Con, Terror Con, and its newest event, Empire State Comic Con. Altered Reality’s latest ventures include comic book publishing and preparing for future expansion.
Share