SONA’s eponymous protagonist is Lieutenant Belyn Sona, a United Earth Space Corps officer in a future in which aliens are no longer welcome on Earth, including her husband. The story finds our heroine trapped in a malfunctioning escape pod, uncovering through flashback the events and decisions that led to her isolation. This survival tale features a dramatic tour de force as we examine her psychological struggle against themes of mental health, immigration and betrayal.

“We’re thrilled to add SONA to our Alpha slate, because this gripping sci-fi tale is unlike anything we have seen before and because Ashley and Brendan’s passion for filmmaking echoes our own – doing whatever it takes to tell the best story,” says Johnny Wickham, VP of Development, Legendary Digital Networks. Jason Corey, VP of Production and Programming, Legendary Digital Networks adds, “It was inspiring to watch these talented producers employ their energy, commitment, and vision in bringing this harrowing story to life.” 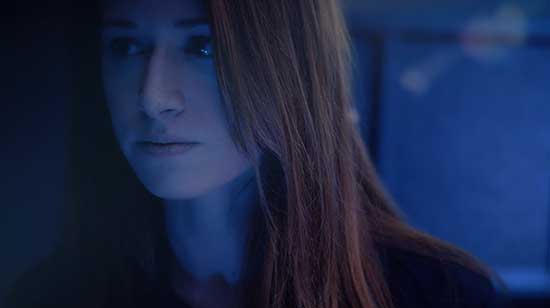 SONA and its space shuttle set were handcrafted by series creator and lead actor Ashley Clements alongside director and co-star, Brendan Bradley (Non-Transferable) in Ashley’s one-bedroom apartment. Together, the creative duo completed all key production and turned to Kickstarter to raise finishing funds. After reaching their crowdfunding goal in under 4 hours, they were able to complete the series with stunning visual effects, immersive sound design, and haunting original music.

“The experience of SONA, both in the show and behind the scenes, is about feeling trapped by yourself and your circumstances. Being an actor means a lot of waiting for other people to give you permission to do what you love, so we decided to give ourselves permission,” says Ashley Clements. “This series is a testament for anyone facing limitations, creative or otherwise – make something that matters to you, and it will speak to others. You don’t have to wait for someone else to tell your story.”

SONA is an eight-episode series set to debut on August 22 on Alpha.