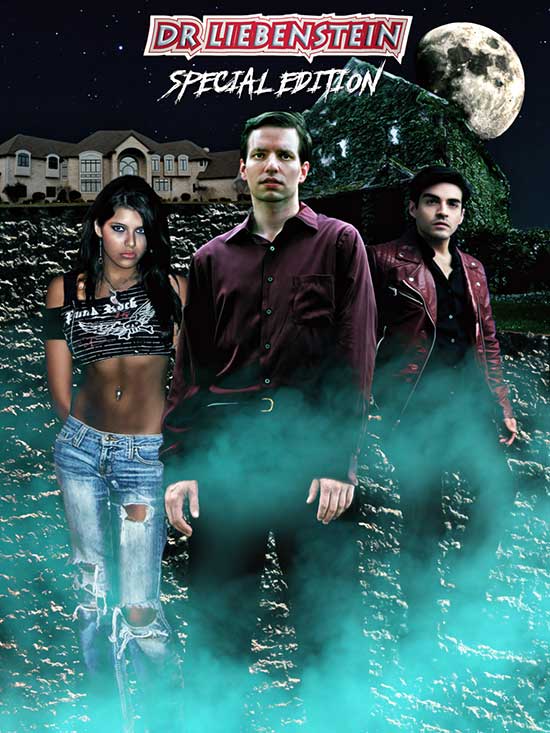 Dr Liebenstein Special Edition will be making its World Premiere at Spook Screen Film Festival in Clonakilty, Ireland at The Park Cinema. It will be screening at 2pm on September 6th.

SYNOPSIS
A young journalist visits the secluded mansion of a couple of horror novelists in attempt to reveal the truth behind their recently successful collaboration titled Dr Liebenstein. The novelists tell the story of a menacing vampire who was summoned from the darkness and began terrorizing couples in Chicago. A doctor with a haunted past was determined to confront and destroy the vampire.The journalist suspects that there are significant elements of fact to the story of Dr Liebenstein and risks opening the Pandora’s Box of her own past.
This is the Special Edition (2018) version of Dr Liebenstein with new special effects, music, and scenes including Jessica Henwick (Iron Fist, Star Wars), Mia Doran (Dead Girls) and Christina Collard (Dracula the Impaler).