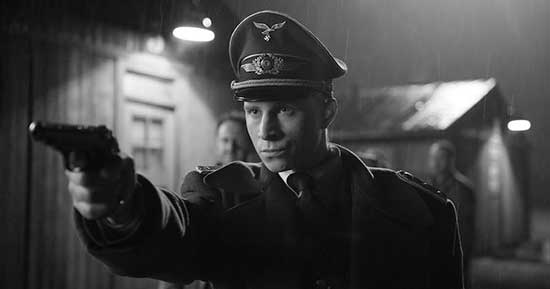 The Music Box Theatre is honored to announce the juried winners of the 2018 edition of Cinepocalypse. As the festival wraps today, it is also immensely proud to note that, in its sophomore year, the festival shattered its first year attendance record, and won accolades for its progressive, boundary-pushing, and phenomenal programming and guests.
The festival’s feature film jury, which was co-chaired by DOCTOR STRANGE director Scott Derrickson, screenwriter C. Robert Cargill, and Deputy Director of the Illinois Film Office Louis Ferrara have awarded “Best Film” to Robert Schwentke’s riveting World War II thriller THE CAPTAIN; “Best Screenplay” to Matt Leslie and Stephen Smith for their retro throwback mystery SUMMER OF ’84; and “Best Director” to Joko Anwar for his horrific, electrifying take on the haunted house genre, SATAN’S SLAVES (PENGABDI SETAN).
Additional feature awards were given to Joe Cole, for “Best Actor” in A PRAYER BEFORE DAWN, and Paula Niedert Elliott, for “Best Actress” in CLARA’S GHOST. The festival bestowed LUCIFERINA an award for “Best Sexorcism Scene” and HEAVY TRIP (HEVI REISSU) their “Best Discovery” prize. The Audience Award was given to Johnny Kevorkian’s AWAIT FURTHER INSTRUCTIONS.
Co-Presidents Derrickson and Cargill noted in a joint statement, “These were incredibly hard choices to make, as 2018 has proven such an amazing year for genre cinema. The films chosen by Cinepocalypse not only reflect the diversity of genre film this year, but actually push the boundaries of what is considered genre. These films are among the very best of an incredibly strong crop, which includes several we wish we could simultaneously award for their genius, craft, and in some cases, audacity. It was an honor to be able to sit on a jury of films so wildly original and accomplished.“
The Cinepocalypse short film jury, presided over by Northwestern University film professor Spencer Parsons, Kristin Wicks, and Lisa Holmes, awarded “Best Film” to DAUGHTERS OF VIRTUE, noting that it is “distinguished by its sharp technical execution of a total vision and style” and “builds from dread and paranoia to a great shocker of an ending.”
The short film jury also awarded David Mikalson “Best Director” for STAY, Al Clemente Saks and Bianet Diaz “Best Actor” and “Best Actress” for their performances in THE CHAIRMAN, “Best Cinematography” to Director of Photography Jonah Rubash for his work on QUIVER, and their “Armed and Grammatically Dangerous Prize” to Jake Jarvi’s OXFORD COMMA. An additional award, dubbed the “Best Noggin Flapjacks Prize”, was given to Anthony Cousins’ THE BLOODY BALLAD OF SQUIRT REYNOLDS.
Cinepocalypse will return to The Music Box Theatre in 2019.
www.musicboxtheatre.com/
Share 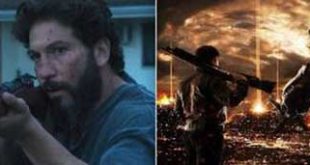