Home | Man spends a year and a half making a monster at home… and the results are incredible!”

Man spends a year and a half making a monster at home… and the results are incredible!” 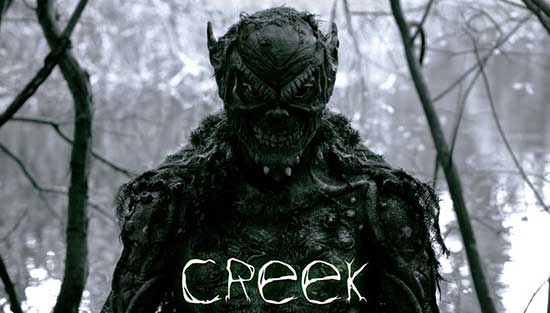 After spending nearly 18 months making a monster from scratch at home, a budding Scottish practical effects artist now has his creation featured in an exciting creature-feature short horror film.

Monster-maker Keith Robson, 35, has devoted his free time in recent years to learning the ins and outs of making practical effects, costumes and props; using YouTube tutorials, Facebook groups and various ‘How To’ books for help. In early 2017 he began work on making his first ever movie monster at home, just for the fun of it; but after seeing the results, Scottish Production studio Hex Studios/ Hex Media, suggested putting the slimy creature on-screen.​

Keith told us “I just wanted to make a monster mask, but I had no idea how to do it! The online community was incredibly helpful and supportive ,and that allowed me to learn everything I needed to very quickly.” He added “I didn’t set out to make a full creature suit, but one thing just led to another… Once the whole thing was completed, I realised that I could really be onto something here!”​​ 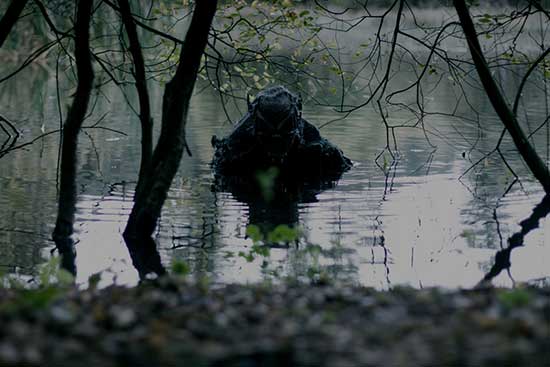 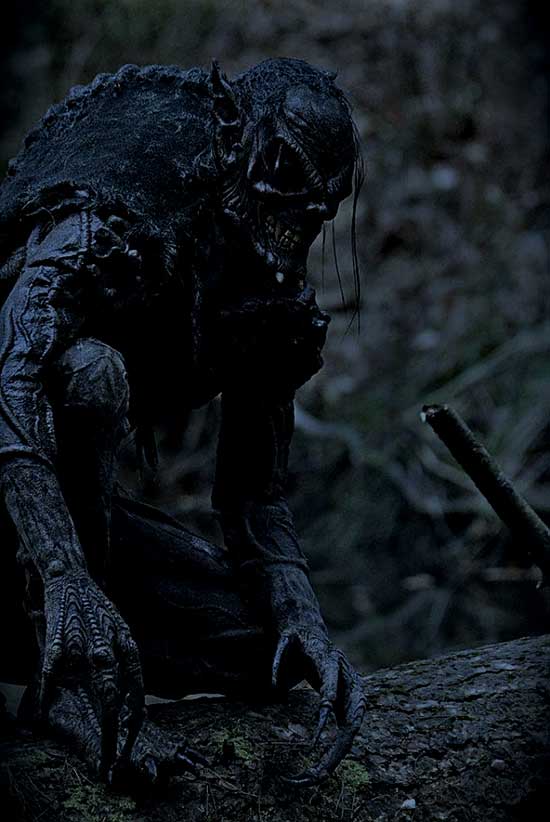 The completed monster is to be featured in a short horror film called “Creek”; but after preliminary shooting of the film last year, production was stopped due to lack of funding. The team have turned to Kickstarter to raise the funds needed to complete the film and if the Kickstarter campaign reaches it’s target, Creek will be included in the exciting feature length anthology “For We Are Many”; due for release late 2018.​

Keith added finally “Despite never setting out to take things this far originally, I now feel it would be a real shame for all this hard work to be for nothing. I think horror fans of all ages would really enjoy Creek and appreciate all of the practical elements I have worked so hard to produce.”

The monster mask, hands and feet were all sculpted in clay; before being cast in plaster and moulded into wearable latex parts. The bodysuit was fabricated using latex, with tissue paper, yarn, pipe cleaners, plumbing insulation and various other things that were lying around the house and the creature’s hunchback was constructed in rigid fibreglass.

To find out how you can get involved and help support the project, you can find their official Facebook page here: www.facebook.com/itlivesinthecreek/
And you can help fund the film and even get your hands on one of the screen-used masks, here: www.kickstarter.com/projects/1777990414/creek-a-creature-feature-short-horror-film
Share