New book of Illustrated “Scary Stories To Tell In The Light” launching on Kickstarter June 11th. *FULLY FUNDED* as of 6/20/18 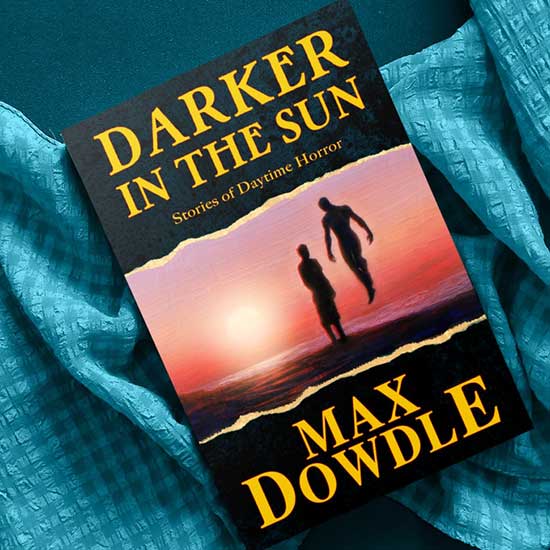 Hillsborough, NC – Darker In The Sun: Stories Of Daytime Horror features 12 blazing and fantastic tales of horrific fiction that will have you begging for the cool respite of darkness. The book is written and illustrated by Max Dowdle, and published by Artagem Graphic Library.

Says Dowdle, “Ever since I was a kid, playing on the set of The Texas Chainsaw Massacre II where my father had a job in the art direction department, I’ve been drawn to the macabre. I see horror as a necessary catharsis for society. The fears, anxieties, and terrors wrapped up in the fabrics of each of our beings scream to get out. Reading this type of work is enough for some people; and for me, it’s the act of creation that functions as a way to keep perspective. The collection of stories in Darker In The Sun were born out of daily anxieties, coupled with an overactive imagination. I ask myself, ‘Oh, that person behind me on my morning run. Friend or fiend?’ So it becomes a sort of a method of sanity maintenance, these imaginings that eventually become written down and illustrated.”

Artist and writer Max Dowdle is the creative force behind the mind-bending graphic novel Shattered With Curve Of Horn, and co-author/artist for the recent, well-received historical nonfiction graphic novel, An Unlikely Refugee: The Story Of A Python Named George, a book that resulted in a permanent exhibition at North Carolina Museum of Natural Sciences, and is included in the permanent collection of the Smithsonian Institute. Darker In The Sun is complete, and the Kickstarter campaign preorder is the means to cover funding for printing costs and shipping.

A selection of stories included in Darker In The Sun: Stories Of Daytime Horror:

A Marshal in 19th century Texas is charged with the territory’s first census. Too bad the job isn’t as easy as it seems.

Two estranged men reunite after decades apart to remember a friend that died on vacation. So what if their memories of that fateful trip don’t quite match up?

The crew of the Polyphylax is restless and eager to leave the secluded atoll where they’re moored. Tensions threaten to boil over while a Naturalist makes a terrifying discovery.

A pacifistic father hunts an inhuman creature through the forest, convinced it has kidnapped his beloved daughter; to what ends he does not know.

Tara just wanted a meditative bike ride on those beautiful old country roads, until a simple question from a stranger sets her on a path toward pure evil. 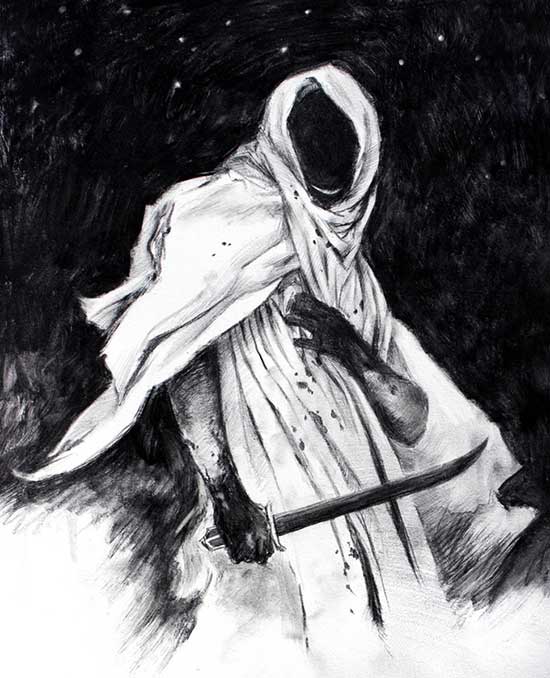 The link for the Darker In The Sun Kickstarter campaign is here: www.kickstarter.com/projects/480733734/darker-in-the-sun-stories-of-daytime-horror