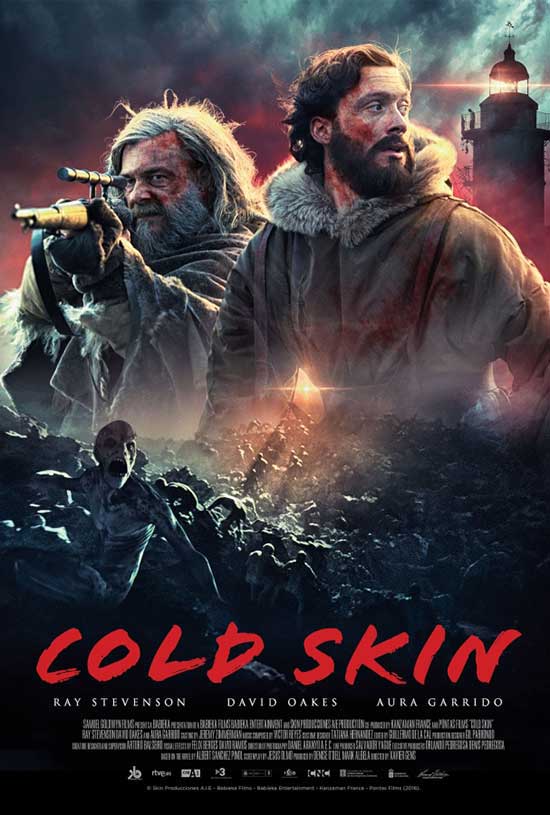 Samuel Goldwyn Films is set to release Xavier Gens’ (The Divide, 2011) Cold Skin, this September. The film was acquired by Samuel Goldwyn Films earlier this year, for distribution throughout North America. Influenced by H.P. Lovecraft’s work on The Shadow Over Innsmouth, Cold Skin centrally stars: Ray Stevenson (“Black Sails”) David Oakes (“The Living and the Dead”) and Aura Garrido (The Body). This fantasy feature will be available on several platforms: Digital, On-demand and in theatres – in just a few weeks.

The film’s story begins with a reclusive lighthouse keeper (Stevenson). When a weather observer (Oakes) lands on the isolated island, he is forced to confront the island’s original natives. Together, these two men must work together as a nightmare emerges every night, from the nearby shoreline.

Cold Skin was developed from Albert Sánchez Piñol’s 2007 novel. Writer Jesus Como (28 Weeks Later) and Eron Sheean have developed the screenplay. Now, fans of fantasy and horror can see more of their work and of Cold Skin as the film nears its September 7th release date. This title’s North American trailer and poster provide a closer look at what lays in wait for the isolated characters within Cold Skin!

The official synopsis:
On a remote island in the Antarctic circle, a young man finds himself trapped in a battle for his life against nightly invasions of unknown creatures that emerge from the ocean.