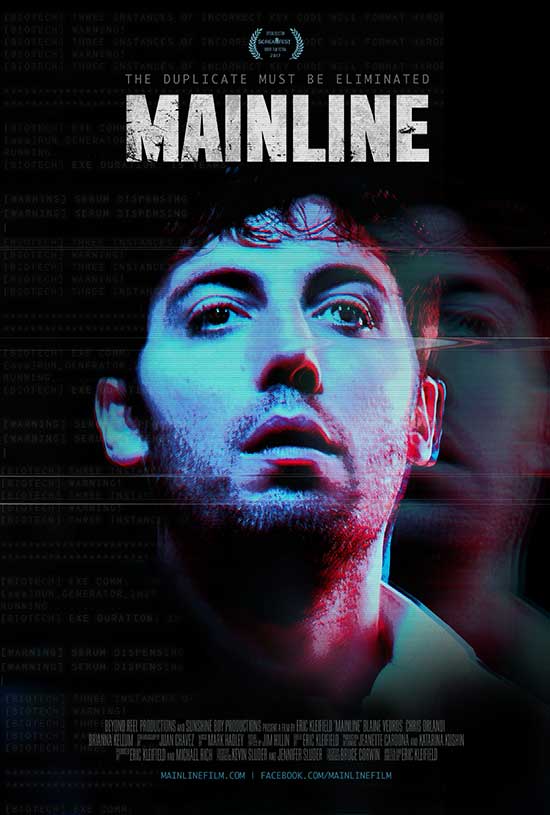 (Chicago, IL-June 13th, 2018) In the vein of LOOPER and BLACK MIRROR, MAINLINE is a thrilling time-travel story that explores the dark side of advanced technology. Confined to his makeshift lab, a reclusive bioengineer must deal with the horrifying and deadly consequences of his injectable time-traveling serum. MAINLINE will screen as part of the Short Trip to Hell film block at the Cinepocalypse Film Festival in Chicago on Saturday June 23rd at 9:30 pm CT and Thursday June 28th at 1:45 pm CT at the Music Box Theater on 3733 Southport Ave, 60613.

A lifelong sci-fi and horror fan, writer/director Eric Kleifield spent a year developing the film’s time-travel mechanics: “It took a lot of narrative experimentation, and many headache-inducing diagrams, to create a new take on time-travel that feels fresh and packs an emotional punch. MAINLINE shows how even 30 minutes of contained, controlled time-travel can have unpredictable and deadly consequences. I’ve always found time-travel to be an inherently dangerous and scary concept, so MAINLINE pushes that to the extreme.” 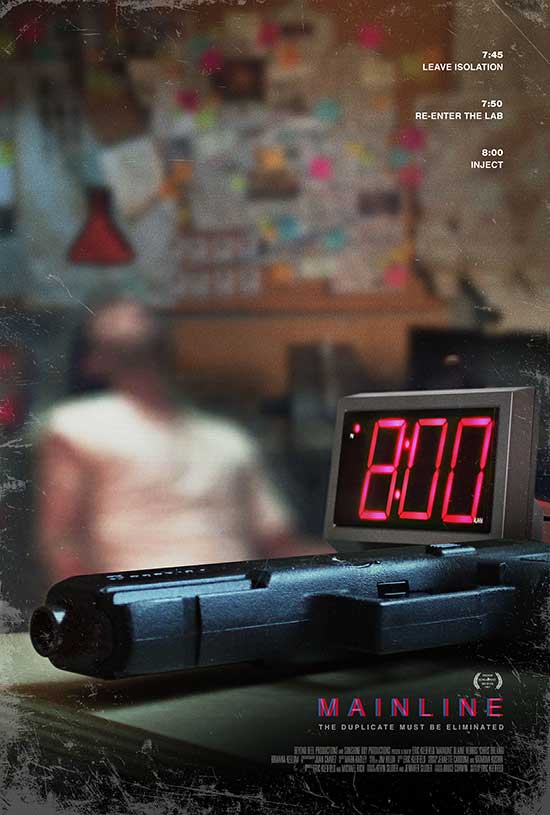 The Midwest’s largest gathering of genre films and fans, Cinepocalypse is thrilled to have the director of Marvel’s Dr. Strange, Scott Derrickson and screenwriter C. Robert Cargill as Co-Presidents of the 2018 Feature Film Jury. Director Stephen Hopkins will also be hosting a 25th anniversary screening of his Chicago-shot thriller, Judgement Night.  In addition, director Lana Wachowski will be hosting a special screening of her 1996 debut film, Bound and Cinepocalypse will be celebrating the 30th anniversary of Killer Klowns from Outer Space with the Chiodo Brothers in attendance!