Home | 10 Year Anniversary: A Look Back at Horrornews.net, the Tech, and Where We Are!

10 Year Anniversary: A Look Back at Horrornews.net, the Tech, and Where We Are!

July of 2018 brings (HNN) Horrornews.net into its remarkable 10th year. I do say remarkable as the web site and direction has undergone many iterations and personal changes over the years. Though that really is not surprising as writing for a web site is something that takes time, patience, an understanding of the genre, and an ability to make time for horror fans outside of your own lives.

It is on that note that we come to celebrate all those who have contributed over the last decade, and of course (especially) those who are still contributing. Horrornews.net (of which has been shortened to HNN for branding purposes) began simply without much ambition. I say that because at the time I was head-deep in horror illustration and video production. The (my) day to day was often inundated with the creation of several horror medias while still trying to find time to sit down and watch a few films. It was a different time, a thriving time, leading us right up to the financial and economic crash that came soon after. (Note: The lack of $ for illustration and marketing meant a sharp decrease in hiring and/or decrease in budgets opening up opportunities for cheaper priced illustrators. Hence, the talents of that time, could not continue to work at those rates)

The market beforehand was fresh, inventive, creative, and dark-rooted, making for a smattering of dark products that reached across to music, film, books, ads, movie intros, posters and so on. The market was influencing the Internet which influenced the creation of horror focused web sites. It was still a time when web sites were still basic, link-based and mostly hampered by the web design technology. (we’ll take a look at some old iterations)

Now this wasn’t just HNN, but pretty much every web site at that time. The “experts” were suggesting that we cut back on graphics and limit our viewer experience to information links. This “sort of” created a shared community that relied on the traffic of ourselves and others channeling viewers and user back and forth like a game of racket ball (the old inclusions of shared linking pages). Again, this was all early web, way before Google decided to penalize the practice of link sharing and directory-based resources. It was an era where table-based html interfaces was the hot new thing used to expand one’s site while also being the early stages of social media (Yep, Myspace….was the cat’s meow)

Now I say all this to give you all some perspective rather than a lecture on tech progression. Flash (Macromedia) was this weird new thing that could do all sorts of video-esque/ animated stuff. The era wasn’t thinking how do I optimize my presence on search (for search engines), it was thinking what ways can I reach across the aisles to become more popular than “we build it, they will come” notions. An enhanced user experience with every bell and whistle, this seemed to be the trend moving forward at the time

So we are today, Content management systems (CMS) are the frequented design for horror blogs and such enabling a whole smattering of internal database sharings within one’s own universe. This segues this article into another idea that was ….well, underrated or not fully understood at the time. The idea that our sites are really a portal into elaborate databases. Sites like Amazon, IMDB, and Netflix were suddenly the new web leaders due to mainly building huge user environments equipped to providing information on a massive scale. They were quickly incorporated and almost by accident grabbing the brunt of movie based traffic due to just “existing” on this large scale.

This also created a realized new agenda for sites (and horror sites). The agenda being that if your site didn’t host itself to 1000’s of pages, you were that much % less capable of grabbing valuable search engine traffic (yes, a smattering of content available for readers = larger portal for potential visitors).

So it is on that note I’m going to stop, before this article merely becomes an “evolution of technology” piece (ok, well it has…a bit…)

Horror itself was evolving, had been evolving, and is still evolving. A careful look at the quirky 80’s as opposed to the darker 90’s and downright terrifying (and realistic based) 21st century, horror has indeed come a long way. A quick look at the TV content that is mainstream these days will tell you that we have far surpassed the days when you had to be 17 just to get into to see “Dawn of the Dead”. Is it entertaining?, hell yes….but a time traveler from 1980 would be shocked to learned what has be made acceptable to censors in today’s media. This in short changed the playing field of content into a larger playing field for horror and its genre practitioners.

So…. I digress back to the beginnings of HNN. At the time I had a simple idea which was to secure the domain of horrornews dot “something” and provide an online RSS tool that collected news from other sites. Now I do say tool, as there was no intention of “scraping” or borrowing content, rather it would be a link-based tool that linked out to all the other horror web sites at the time ….and provide them with traffic “from” our tool. (Now, this idea has been repeated time and time again with others over the years trying the same design of which usually results in obscurity.) Though I thought it would serve as a simplified horror feed reader for my an others convenience.

This idea has been unfortunately abused over the last 5 years by malicious sites actually “claiming” others content as their own, however this article is not about that.

It is about a tool that attracted a hand full of interested writers, readers and fans of horror to help create something bigger. HNN has always been kept simple by creating content and channeling news back to readers. At first is was difficult to attract the media enough to share press releases and updates. We had to ask, reach out, beg and actually dig for items to announce.

That changed rapidly over the years with my inbox becoming closer to spam-like than a politely managed email portal. We actually had to ask, beg, and wave our hands to get a new movie release sent to us. This again changed to the current reality of trying to find enough space to house our ever growing warehouse of DVD screeners sent to us (note…… I have such passed on old releases to family friends and goodwill locations ;).

Yes, I have seen quite the change over the years. New sites have popped up with the frequency of hot dog stands at a baseball game, with some former horror web site leaders fading away, changing management, selling to larger organizations (and thus being sucked into obscurity) or entirely just closing shop to enjoy their serious years away from the bustle of excess PR announcements.

Note: Sites include: Fearnet closing shop (corporate layoffs), Fangoria slowing down – disappearing and then attempting to re-appear again (Good luck, I still love the magazine!!), “Shock till you Drop” got sucked up  into a larger conglomerate (adding to the whole, but losing independence), Dreadcentral were on brink of folding and then turned things around (you can Google that one).  Best-Horror-Movies.com “almost” disappeared but were able to turn things around for themselves by rebranding.

And well….. the list goes on with buckets of smaller sites either disappearing, ceasing postings….or other means of demise.

Is it too crowded? yes and no.

Crowded yes, but trust and longevity go a long ways….. so keep that in mind when thinking…maybe the world needs “another” site.

So what happens?
Take it from me, the Web is a very complex machine built upon the success rates within Google. If you are not prepared for the tech behind it, it is easy to fall into “obsoletion”. More clarification on this points to a site’s “pages” being less indexed than before (and all sorts of other potential interference).

Make no mistake, the market has changed, it has become harder to support the costs of growth, and ad agencies have dried up due to campaign budgets being pulled with new $ going into social spending. 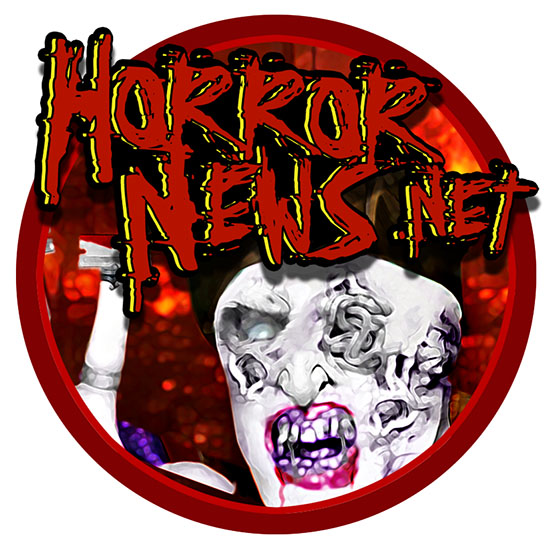 HNN has lasted 10 years with all this noise circling around us. We did it without corporate $, without top market brand acquisitions and without ever really thinking too much about it besides looking for writers to produce cool content. We’ve upgraded our site, our tech and our hosting to adjust for this influx and growth that otherwise in the past might have flashed an “database overload” message (ugh!)

We’d like to thank all of readers, writers, troublemakers, mental patients, circle of weird personalities making their way to my email dailies and viewers over the years. Still today we look towards new writers to provide cool and inventive content while also paving the way for viewers to decide if they really should watch “every” release issued on the market.

I’d like to thank former and present column writers and contributors, too many to name but all prolific and unconditionally contributors to the movement of horror itself. I’d like to thank competitors who have inspired, made us work harder, slapped us on the wrist when we screwed up, given the market a boost, and provided a place for sites like ours to exist.

I’d like to especially thank our Operation Manager, Mike Joy who really stuck it out their from the start, helping with new recruits, creating valuable interest pieces and generally finding a home for himself within the community.

Also a special shout out to former contributor Dai Green, (pronounced “Day”), who really got involved in the early days. At the time, I wasn’t even thinking about adding writers and she emailed me with a “hey I’m a hot chick, that likes to write, can I contribute?” Funny enough, with a first name like Dai, I was “‘thinking”  this person was an Asian writer overseas reaching out.  None-the-less, she got the hard task of dealing with all the dysfunctional writers.

People move on…it’s part of the genre and trend, of which we have come to expect. Again it’s hard work and many of us have to get on with other things, simply put.

I would also like to give out a special kudos to some long running contributors: Nigel and his remarkably extensive well-versed articles, Janel and her knack for being able to interview “everyone”, and still making time for them, Todd M. and his years of great contributions, articles, and reviews, Dave Gammon for being our only (and best) book reviewer to come along rolling thru 200 pg books like a wizard. Sean for being able to almost single handedly bare watching and reviewing 100’s of over the top extreme horror movies and still being able sleep at night. And a special mention to “The Black Saint“, (who passed away) providing years of theater runs, reviews and articles. Santos (his real name) emailed me right before passing saying he just finished up a review he was working on and had just survived a freak heart attack. One week later I received an email that he passed away….a fan and trooper right to the end. He has been missed…..

Where will it take us? Hard to say, I know a few long vacations are in order however we are the product of what we built and hope it provides valuable information for the Internet for years to come.

So on that note, I wanted to create a part 2 to this article which is simply titled: