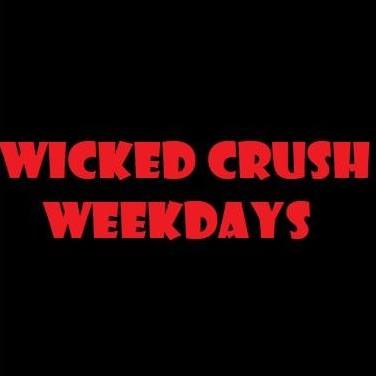 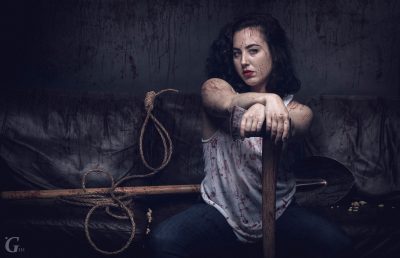 Lara Jean (Actor/Producer/Choreographer) – Graduated Summa Cum Laude, with a BFA in Theatre Arts & Dance from SUNY Purchase Conservatory. Lara is originally from San Francisco, CA where she trained with the San Francisco Ballet, and the American Conservatory Theatre. She has performed works by Complexions Contemporary Ballet, Alonzo King’s Lines Ballet, Hubbard Street Dance Chicago, Bill T. Jones Dance Company, Paul Taylor Dance Company, and has performed the role of Elmo in the national tour of Sesame Street Live: Can’t Stop Singing.  After moving to New York City Lara was invited to be by director Indrani Pal-Chaudhuri (Bravo Channel) to be the director of choreography. Her project “Lady White Snake” (Alexander Mcqueens tribute video) with Indrani won numerous awards across the globe and their second project “Till Human Voices” staring Lindsey Lohan, just premiered in LA, NYC, London, and Canada. in 2015 Lara Jean nailed the lead role in the horror feature 2 JENNIFER Directed by Hunter Johnson, It was then Lara Jean made a name for herself in the Independent Horror Film Industry. In July of 2016, she was named “Actress to Look Out For”, by Singapore writer, and editor Haren D Yong; “Set to be a most likable face on independent cinema, Lara Jean is instilling avid fandom for many a horror fan”. Now a full-time Actress, and choreographer, the past 2 years alone Lara has had the privilege of playing the Lead in 5 feature films (coming soon), and choreographing dance numbers across the globe for various companies. You can currently find her playing the lead role in Feature films  2 JENNIFER with director Hunter Johnson on Amazon Prime, ANOMALY on Hulu and Amazon Prime, and 60 SECONDS TO DIE, on Hulu and Amazon Prime.

For my first Wicked Crush Weekday I wanted to feature an up and coming actress who has been rising and killing it (no pun intended) in the horror industry. I was glad she made the time to answer a few of my questions. Here we go…

Lara Jean: First off I want to say thank you to Jonathan and his crew for asking me to be apart of this!! You guys Rock!! 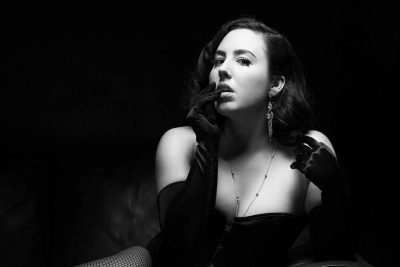 Jonathan: What got you in to horror?

LJ: Pure Luck!! When I first moved to Los Angeles, I saw a casting call for James Cullan Bressacks film BETHANY. I sent in a video and got a callback to come in and perform for him and his producers. I performed a monologue from a piece I hold dear to my heart, UNPLANNED AWAKENING, and well, James said to me he would love to offer me the role, but I looked too young, so he offered me a lead role in his TO JENNIFER sequel 2 JENNIFER with Director Hunter Johnson.  After we wrapped 2 JENNIFER I was hooked, and I couldn’t believe how nice and professional everyone was, and still is. Ever since 2 JENNIFER, I have worked with Hunter Johnson and his crew at least 4 more times on various projects. ALL HORROR, AND LOVE IT!! I found my film family!!!!

J: What’s the role you’ve been dying to play but haven’t got the chance to yet?

LJ: Oh wow, This one is a hard one, because I have so many roles I want to do but haven’t played yet. My top on the list would have to be any type of character in a period piece (American western, or Britain – Mid to late 1800s, or 1920s/1940s Noir) My second top choice would have to be Scifi/Fantasy.  I am a gamer, dancer, and choreographer during my spare time away from film so I would love an amazing fight scene one day. I want to get in there and get my hands dirty. I am all about the stunts and the action. And, I actually would love to play Snow White in a film one day… maybe even in a horror movie. :)  I am writing a treatment right now for that, so crossing fingers. :) 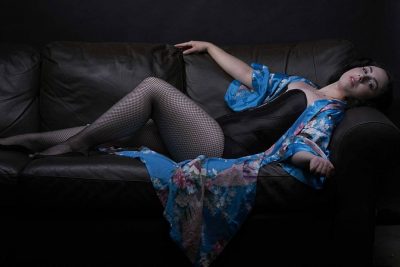 J: Is there a specific skill that has helped you as an actress that other actors may not be aware of?

LJ: I will say that being a dancer has helped me so much in my acting career. I love the details of characters. I love finding these little ticks that my characters might have had before their story or will develop throughout the journey. It is life, we all have our stories that make us who we are, that give us these little pet peeves, or make us develop bad habits. So, knowing how to change up those bad habits, change up how I may stand or walk, or even talk, will help me develop my character and that way each character is different from the last. Maybe in one film I may like to scratch my nose a little bit more than I usually do, but in another film I would grab my left thumb. These are all moments that are amazing to watch in action. The next time you watch a film, look for those little details in an actors performance its amazing. 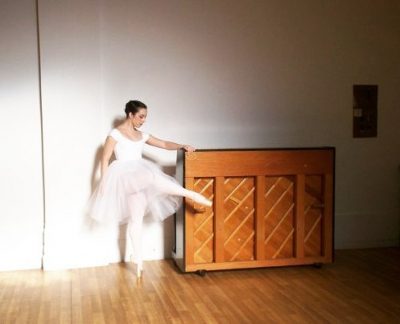 J: Is there anything in the horror film industry you’d like to see changed?

LJ: I will say, all industries need to change the way they treat one another. We need to relearn the word respect …R-E-S-P-E-C-T (find out what it means to me…) dang it, now I’m singing again. Love that song. But its so true, we all need to treat others the way we would like to be treated. It is a given, and it should never change. We are all in the same boat, we are all going through this journey we call life, so why make it harder than what is it by hurting other people.

J: What projects have you been up to lately?

J: How can people reach you? 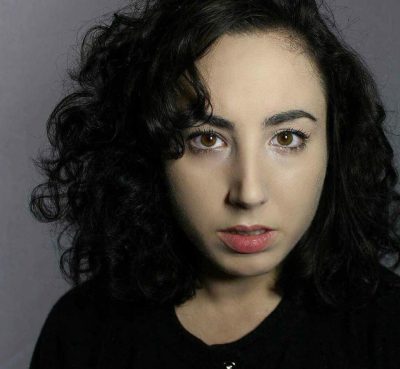 You can also listen to Lara Jean and myself on All About Acting Podcast every Thursday night at 9 PM PST/ Midnight Friday Eastern. 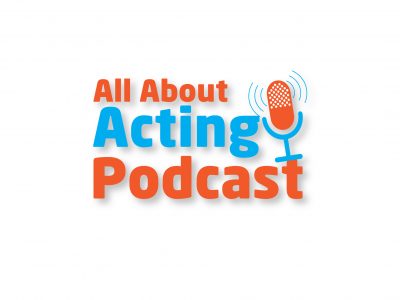 Until Next Week everyone… Stay Wicked!