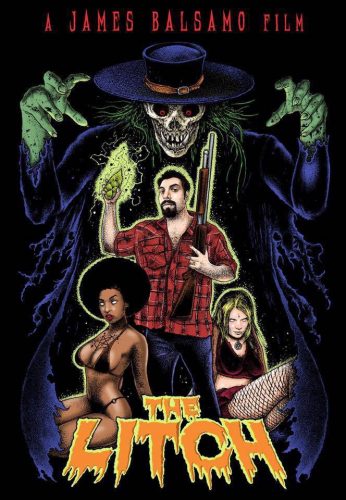 An undead zombie wizard known as “The Litch” is hell-bent on devouring his victims and possessing the weak when his sacred crystal is stolen by a small-time crook and his crew of big-breasted witches. The Litch uses its power to transform into slimy mutant creatures, spilling gallons of blood from his victims on his quest to retrieve the crystal in order to rule the four worlds. Vinnie Crowley had no idea he had awoken The Litch from its crypt when he robbed a jewelry store and snatched the crystal. The lovable loser’s jaded past literally comes back to haunt him when The Litch turns Vinnie’s friends and family into monster slaves as The Litch fights to steal back what was rightfully his. This action-packed horror comedy will keep you on the edge of your seat as The Litch raises the dead and assembles an army of zombies to try to destroy Vinnie and retrieve the crystal. He’s not a demon, he’s not a witch, so run for your life, here comes The Litch.

What can I say about James Balsamo’s work? Well pretty much you kind of know what you’re getting yourself in to when you watch one of his movies. James is a different kind of filmmaker but similar in the Troma style of filmmaking. I don’t think he’d take offense to me saying that. 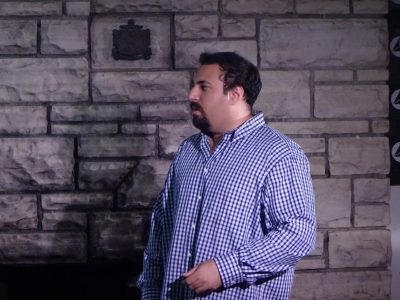 But what do I think of The Litch? So far out of all his movies it’s my favorite. And that is a big deal cause “Catch of the Day” and “Killer Waves” are two of my favorite Micro Budget flicks.

I would do my Great, Good, and Bad but really it’s just Great and Good. There is no Bad that I could see. So let’s begin then… 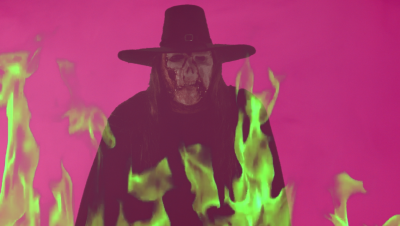 The Great: Balsamo delivers a new and unique story. Much like most of his characters he’s kind of dealing with a wrong time wrong place issue. His character is naïve but hilarious. And he’s back to doing more of the puns than the Litch does. In Killer Waves it was really half and half and maybe even more so on the villain. However in the Litch, James Balsamo’s character is more wisecracking. If you don’t like puns or horror comedy this movie is definitely not for you.

Another Great: The look of The Litch was awesome. You can tell they spent some time  The FX was badass. And of course blood, boobs, and mayhem is kind of what you expect from his flicks.  Not to mention the amazing cameos by: Tom Sizemore, Debra Lamb, Elizabeth Daily, and many many more. 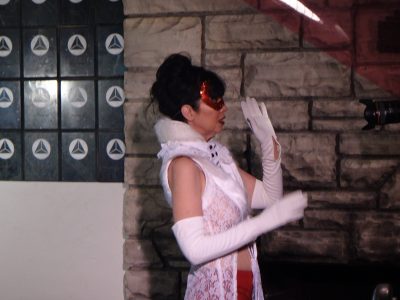 The Good: The acting from everyone else was pretty good. Nobody gave a phoned in performance. However Balsamo himself outshines everyone.

The Litch is now available through Acid Bath Productions:

You can also rent and Buy it on Vimeo right here: