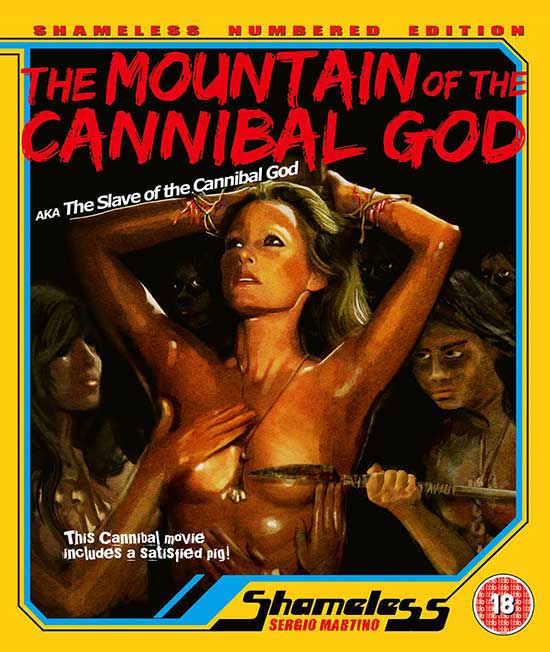 THE MOUNTAIN OF THE CANNIBAL GOD (Sergio Martino, 1978)

Blu-ray and DVD – 28 May 2018
Shameless invites you on the trip of a lifetime – journey to The Mountain of the Cannibal God for sun, wildlife and…gut munching natives! You might just never come home…
Ursula Andress (The 10th Victim) goes under attack from the Green Inferno as she travels to the jungles of New Guinea in search of her husband, a scientist who’s vanished in the untamed wilderness. Soon the poisonous spiders and deadly snakes bare their teeth, as her exploration party journeys towards the sacred mountain of Ra Ra Me, where death awaits. Erupting in an insane climax of frenzied flesh-eating, Sergio Martino’s (All the Colours of the Dark) deranged vision of horror will have you wincing until the credits roll.
Banned in the UK as an original ‘video nasty’, Shameless now serves up this ferocious exploitation treat in a tasty 2K restored Blu-ray, to be devoured in all its blood-soaked glory. 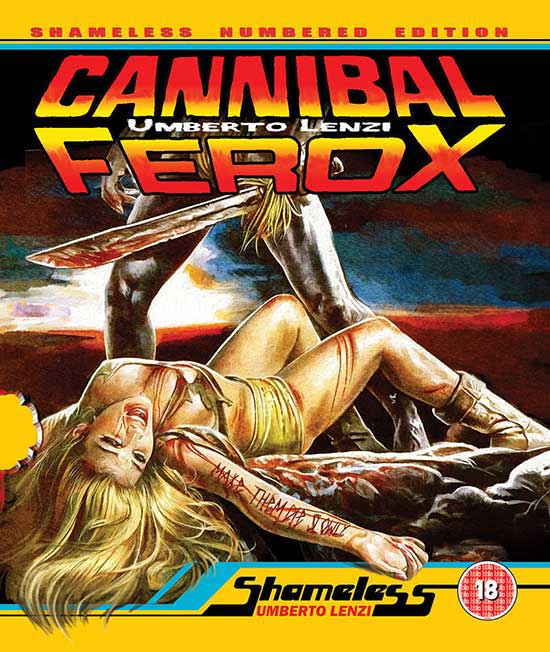 CANNIBAL FEROX (Umberto Lenzi, 1981)
Blu-ray and DVD – 25 June 2018
Nearly a decade after initiating the genre with Man From Deep River, director Umberto Lenzi gives the final word on the Italian gut-muncher with his ferocious flesh-feasting masterpiece Cannibal Ferox.
To lay to rest the ‘myth’ of tribal cannibalism, PhD student Gloria (Lorraine De Selle) journeys to the Amazon jungle but things soon go awry when her party encounters sadistic cocaine cowboy Mike (Giovanni Lombardo Radice). Mike is on the run from the hungry locals but all is not what it seems – as the travellers venture into the heart of darkness, they soon discover what it means to be hunted. Cannibal Ferox questions the nature of human atrocity, pulling no punches with its visceral depictions of murder, cannibalism and torture.
Sink your teeth into one of Italian cinema’s most shocking and controversial films, with this tantalising 2K restoration which features new grading and revives for the first time the original look of the 16mm film stock it was shot on – finally presenting the film as it was originally conceived.

Tags MOUNTAIN OF THE CANNIBAL GOD