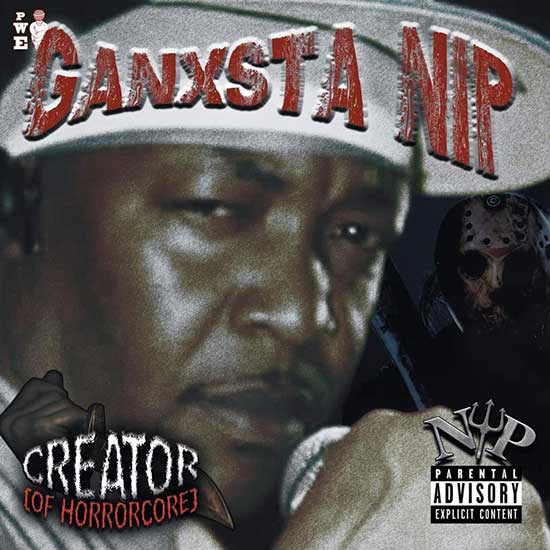 Houston’s Ganxsta NIP has made some of the most gruesome sh-t the rap world has ever seen with Platinum accolades for writing Bushwick Bill’s classic “Chuckie” on the Geto Boys highly successful We Can’t Be Stopped album. His debut album The South Park Psycho is revered as a classic and paved the way for others to follow which spawned a whole genre of rap music known as Horrorcore. In fact Ganxsta NIP’s latest album Creator of Horrorcore NIP makes no bones about who created the style that many use all these years later.Artists like Future and countless others over the years rapped about disturbing content, cannibalism, and all kinds of stuff you would see in a twisted horror flick, but no one does it like Nip. He was the first to say the most insane lines like “Don’t run up cause I kick like Bruce / I wanna and I’m gonna trade heads with a moose”, or “Step in my path your ass is void / cause I’m an aerodynamic satantic schizophrenic android.”

On the Murder Master Music Show guest DJ Paul spoke about how much of an influence Ganxsta NIP was on his career as well as the late Lord Infamous and many others. Bushwick Bill has stated that Ganxsta NIP is Horrorcore. This new album is nothing but Horrorcore front to back produced by Netherlands multi-talented Detag. The two make some of the hardest music out in years.