Streaming in Full via Metal Insider 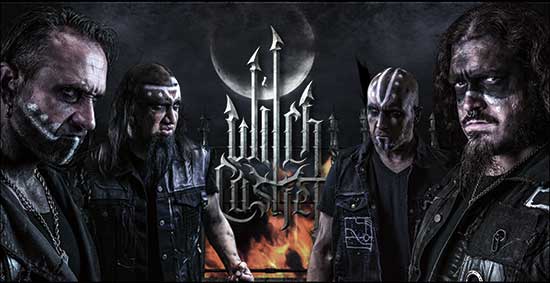 Southern California Blackened Death Metal outfit Witch Casket has released their debut album entitled “Hatred Index”, and is available now for purchase on CD or download through the band’s profile page at CDBaby HERE.
The album will also be available to download through all major online music stores, including iTunes, Amazon Music, Google Play, and available through streaming on Pandora and Spotify.
Witch Casket has teamed up with Metal Insider for an exclusive full album stream of “Hatred Index”.  Get a first listen HERE
The album, which is an EP, was produced, engineered and mixed by the band’s guitarist, Colin “Nylock” Cameron, and mastered by Maor Appelbaum of Maor Appelbaum Mastering. Performing on the album is guitarist Nylock, handling guitar, bass, drums, Piano Keyboards, and Orchestral Arrangements.  Vocals were performed by Drogoth, with additional guitar by Neal Tiemann. 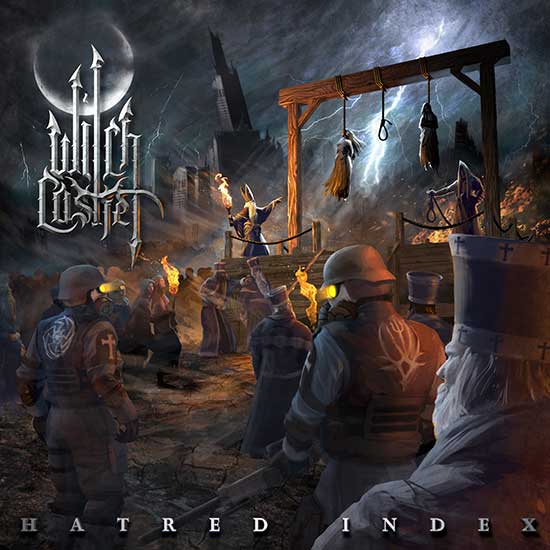 Guitarist Nylock had this to say about the writing process:
“I wanted to do something different. I wasn’t concerned with genre or subculture. I just wanted to write for the piece and let it flow from the darkness, untapped and unfiltered. Just the metal that I wanted to create, nothing more.”
The band will be celebrating the release at their Album Release show at The Slidebar in Fullerton, CA on June 24, 2018.
www.facebook.com/events/156539078346450/
The band also recently released a music video for one of the tracks from the release entitled “The True Knot”which can be seen here:
The video is the third release by the band, following the release of a lyric video for the song “That Damn Devil”,and a music video for the title track “Hatred Index”, both of which are both available on the band’s YouTube channel:
www.youtube.com/channel/UCW-g7fU7fP5GkWgMa1MS97w
Witch Casket was formed by ex-members of Symphonic Black Metal band “Sothis” from Los Angeles, and guitarist Neal Tiemann of Devildriver. After over a decade of creating Symphonic Black Metal, these musicians were looking to write more melodic death metal style songs, while still keeping the blackened symphonic aspects from the previous band’s style.
Track Listing:
1. Hatred Index
2. That Damn Devil
3. Dawn Everlasting
4. History of Violence
5. The True Knot
For More Info Visit:
www.facebook.com/witchcasket/
Share