Actor Courtney Gains (“Children of the Corn”, “Back to the Future”, “The Burbs” and over one hundred more films) took time to speak with me for a Horrornews.net exclusive. Courtney talks film, music and more. He stars in “Hell’s Kitty” which was written and directed by Nicholas Tana.

Hi Courtney, first off, it is such an honor to talk to you. You are amazing.

Courtney- Thank you very much.

How did you get involved with the film “Hell’s Kitty” and did you do anything special to prepare for the film?

Courtney- How I got involved was my manager Chris who also does convention stuff with me. He also represents Adrienne Barbeau for conventions. She had done it and I think he had a couple of other people he knew who did it as well. He really liked the project. He was the one who sold me on it in the beginning. I was a little skeptical and then when I read it I wasn’t that happy with it either in terms of…. I thought that John Franklin (John plays Isaiah in “Hell’s Kitty”) had all the dialogue and there was no banter or anything. John and I know each other really well and we’ve been doing conventions for years so let us have some fun with this. So he beefed that up and then he also saw that I did music and he said hey do you want to write a song [for “Hell’s Kitty”] too? I said, okay sure. Those things convinced me to do the film. It seems like people actually like and responded well to the banter between John and me. We have known each other so long and we can work off of each other very easily. So we had fun. That’s what brought me to the project and the other Horror icons.

“Hell’s Kitty” is a really good film and you and John are great going back and forth in the film.

Courtney- Well, thank you. We do conventions, we do Q & A’s all the time and we can practically finish each other’s sentences.
What did you think about Nicholas naming the characters after some of the films each of you were in?

Courtney- It was fun. We knew we were paying homage to those characters, in a mock ourselves in a fun kind of way. It was no problem at all.

What was it like for you working with the director Nicholas Tana?

Courtney- It was good! He knew what he wanted you know and we got our day. That is all you can ask, as long you are not sitting around. It was summer, I think it was September or something when we shot it and it was really hot. His apartment didn’t have any air conditioning so that was the biggest challenge just not sweating on-screen all the time.

You started to answer my next question! Did you face anymore challenges filming?

Courtney- That was the main one and then getting the ears glued on for that part in the corn field. Which he was thrilled with the whole idea of that and it turned out to be pretty funny.

I did interview and speak with Nicholas and he was so happy and excited about the film and all the actors. I said this is one of the most epic cast ever!

Courtney- (laughter) yes for a low budget, originally an internet thing, he did a very good job getting a bunch of horror iconic types together.

Is there any chance that you will be involved if he takes this further?

Courtney- I’d certainly be open to it. He talked to me a little bit about the musical and wanted to talk more about beefing up the song that I wrote. With him, you never know where it is going to go so you just have to ride the train with him and see where it ends up.

What was the process for you to write a song for “Hell’s Kitty?”

Courtney- It was just based on the idea of the cat situation and I wasn’t a fan of cats and it was pretty simple. I’ve been writing music for a long time and I like the challenge of something with parameter that I have to come up with. It wasn’t too complicated. It was kind of funny.

Are you working on any music right now?

Courtney- I put out an independent project last year. I have a band called, Ripple Street and I am actually talking to some guys in Detroit that I just did an interview for and they have a label. I am not really good at the promotion side of the stuff. We talked about it. I am always looking to do music. I kind of call it my hobby because it hasn’t been my living but I’ve been doing music as long as I have been taking acting classes.
You have been in over one hundred films and television. You have portrayed so many different characters. Do you have a favorite or do they all mean something different to you? Is there one more challenging?

Courtney- Yeah, this is always a difficult question. It is like trying to pick your favorite child or something! But there are certainly ones that stand out more than others. I would say most recently the most challenging role was the 13th or 14th season of “Criminal Minds.” It was the guest-lead and that was a very difficult character. Usually a character has to do one reveal and this character had four! It was challenging.

Yessss! You played Todd!!! (“Criminal Minds”) I am sorry I am randomly nervous and telling you stuff you already know.

Courtney- Yeah! That is okay! (Laughter) so I guess you saw the episode!

Courtney- That’s great! That was a really difficult role and I had to go to the writers and producers and ask a lot of questions and that is something I don’t normally have to do. The episode of “My Name is Earl,” that was a really fun role because the character had a really great arch. “Memphis Belle” always been one that me and all the guys would want to chase another one like it. Getting to go to the UK and work with great people.

Courtney- There’s a couple things going on film-wise. One is a movie and it sounds like you are a Horror person so you might like it. It’s called “Candy Corn” and the director is a guy named John Hasty. You could say he is a bit of a Rob Zombie protégée. He did a lot of the behind-the-scenes stuff for Rob Zombie’s “31”. This is his first feature. We’ve already shot some stuff and we are going to pick up the rest in LA in May. It is very much an eighties horror throwback kind of vibe. I play the Sheriff in the small town. I’ve gone from the kid to the Sheriff now. That is how long I’ve been doing this. He is a director to watch and it is a well written piece. He’s got some skills. It might be something you would be interested in checking out. I am doing a cool little project right now. I am in Kentucky. It is a little indie feature called, “The Silent Natural” and it is about a guy named William “Dummy” Hoy who is the first deaf player to ever play in major league baseball back in the 1800’s (Directed by David Risotto) I play a character Tug Wilson, who was a real person. There are some veterans who come in at the end of the film and get behind him when people are being really prejudice about it.

Is there anything you can share about the film “Corbin Nash?”

Courtney- I can’t say a ton about it. Two brothers put the project together. I think the real thing on that one is to see what Corey Feldman does with his character. I can’t wait. I think he will be super entertaining. I think Corey is underrated.

I agree. I love Corey. He rocks in so many of his films!

I know you have been a part of my childhood and so many people’s lives with films like “Children of the Corn”, “The Burbs” and so many more movies. So thank you for that. Some of us didn’t always have great things but the movies were there and it was like an escape so thank you and I am rambling.

Courtney- Sure, the power of cinema.

Now what would you like to say to the fans? And to the fans watching “Hell’s Kitty”?

Courtney- Well, as far as “Hell’s Kitty” goes. If you are a horror fan it will be a fun ride for them. Those that are “Children of the Corn” fans they get to see John and I work together and I know that will be a big deal. We had a good time. As far as fans in general, I mean what do you say? Thanks for everything and I appreciate those who take the time to see the work I do and to see the body of work I do. I think that’s what it because I am not a movie star so to speak. So it’s like watching a characters actor’s body work over a thirty year period so I appreciate that.

I thank you so much and you always play so many different characters and you have been part of my childhood.

Courtney- Thanks. I appreciate it. 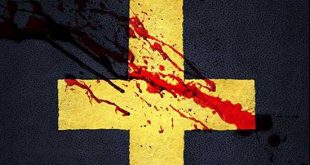