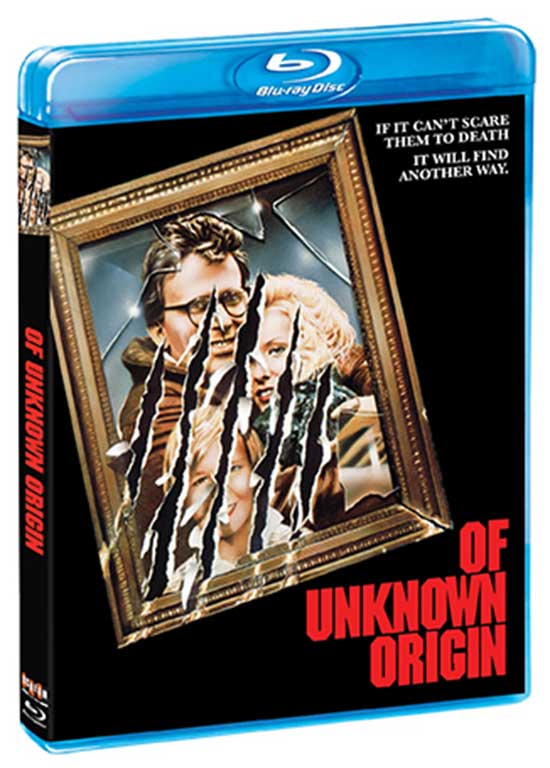 When not mired in the corporate rat race, Wall Street executive Bart Hughes is king of his sleek Manhattan brownstone … until he finds his castle under siege by the most determined of home intruders. Forced to enter a rat race of an entirely different sort, Bart takes a stand, with his survival and sanity at stake. Making its Blu-ray debut May 22nd, 2018 from Scream Factory, Of Unknown Origin also includes a number of bonus features, including a new interview with executive producer Pierre David, a new interview with writer Brian Taggert, a new interview with actor Louis Del Grande and audio commentaries with director George P. Cosmatos and actor Peter Weller. Fans can pre-order their copies now by visiting ShoutFactory.com

Peter Weller (Robocop, Sons of Anarchy) stars in Of Unknown Origin, an eerie and nerve-tingling suspense thriller directed by George P. Cosmatos (Tombstone, Cobra) and the winner of Paris International Film Festival Awards for Best Picture and Actor. Cleverly and compellingly, the film draws you into a battle of wits, namely one with an intruder that’s formidable, persistent and clever enough to lure Bart (Weller) along on an unwitting path to self-destruction. In the battle of man versus beast, push has come to scream.