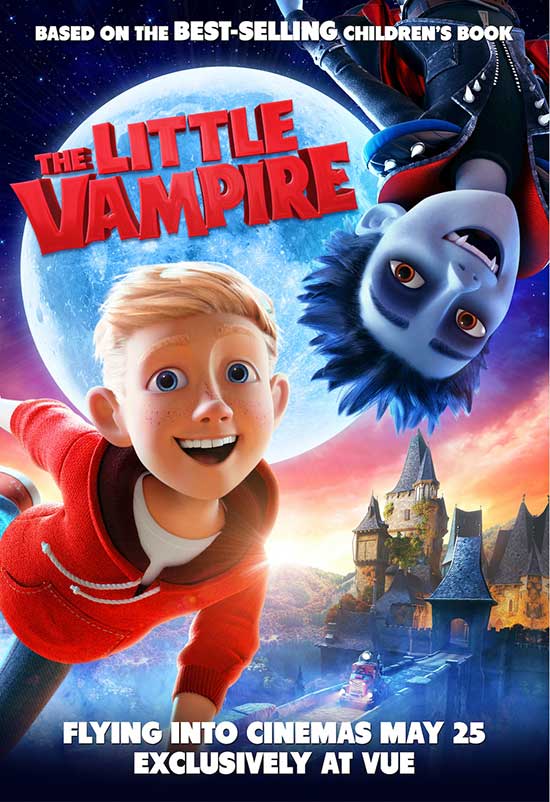 The brand new UK trailer and artwork for the heart-warming family adventure The Little Vampire is available NOW!

Please feel free to share this on your website and social channels today! The Little Vampire is released in Vue cinemas nationwide 25th May

About The Little Vampire

Being a teenage vampire isn’t easy, but it can teach you a thing or two about friends, family and adventure. Based on the best-selling books by Angela Sommer-Bodenburg, THE LITTLE VAMPIRE is a heart-warming tale of how the craziest adventures can often be the ones that matter most, available exclusively at Vue nationwide from 25th May, 2018 courtesy of Signature Entertainment.

Rudolph isn’t your typical teen. Not only is he a thirteen year old vampire, but his whole family is being mercilessly hunted by the infamous vampire hunter, Rookery. Fortunately Rudolph encounters twelve year old Tony, a human with an otherworldly obsession – vampires. Rudolph takes Tony on his adventures in Transylvania, bringing their two families together and helping to overcome their prejudices. Along the way both vampires, and humans, must show courage and ingenuity in the face of impending danger.

Prepare for a charming adventure with some bite, as the animated remake of the beloved 2000 live action blockbuster of the same name comes to life at Vue this spring. With a thrilling voice cast, including Jim Carter (Downton Abbey), Miriam Margolyes (Harry Potter and the Chamber of Secrets) and Tim Pigott-Smith (Johnny English), THE LITTLE VAMPIRE is a heart-warming and fun-filled animation that fans of Hotel Transylvania are sure to love! 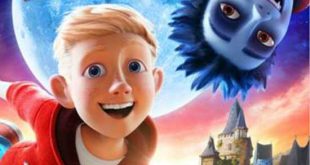 THE LITTLE VAMPIRE Exclusively at Vue nationwide from 25th May, 2018