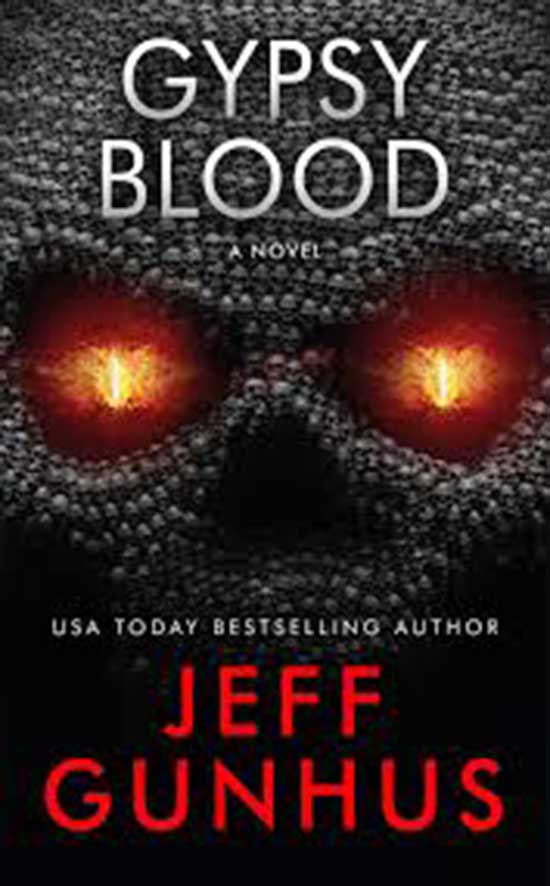 Corbin Stewart is an author that has looked directly into the eyes of adversity and realized the greatest fear of any writer. He’s submerged deep into the fray of writer’s block. Having already received a handsome advance from his publishing company and blown through most of it, he retreats to the exotic, romantic locale of Paris in hopes of finding inspiration again. A fateful encounter with a rep from the publishing company seems promising and the two continue their celebration deep into the heart of the French surroundings. While taking a short cut they have a bizarre encounter with an elderly Gypsy man and witness him being stabbed to death by three masked assailants. Coming to his aid, Corbin ingests copious amounts of the man’s blood. He soon realizes that his writer’s block pales in comparison on the fear meter of what fate lies ahead.

As avid readers we become accustomed to the type of subject content we gravitate to. We all have our preferences. Sometimes they engage. Other times we’re left with the lack luster and the mundane. Every now and again a special author comes along we’ve been previously sheltered from that makes you fall in love with reading all over again. Jeff Gunhus certainly falls neatly into this category.

Gypsy Rose is told in third person persona. No easy feat for writers rather novice or well seasoned in the game. Let’s face it in a technologically fixated society, if you don’t grab your reading audience’s attention within three to four seconds, well you’re rather doomed. This gifted author manages to not only hone in on the show don’t tell aspects but exploits the writing wizardry to its fullest potential. Far too often we witness writers adapt the first-person persona from the lead protagonist. It’s an easily accessible tactic that enables the readership to adapt a level of relation and empathy. Gunhus develops a sophisticated plot with many twists and turns from a third person perspective, all the while refraining from the prose to come across like a news report.

Upon the initial pages I was delighted to see this is Jeff Gunhus’s thirteenth endeavor. At the same time, I was taken a little aback as to how I hadn’t encountered his work before. Rest assured there will be plenty more adventures undertaken with Gunhus at the helm.

I think what lured me in from the get go was the honest, down to earth acknowledgments in the initial pages. No question the level of humility the author expresses. As equally admirable is the fact he takes the time out to thank all the individuals who had come together in making Gypsy Blood a polished, proud achievement. He expresses, in humorous fashion thanks for his proof reader, editor and provides ample opportunity for each to showcase their services for other would be writers.

I must have mentioned countless times in the past one of the carnal rules of writing, of course is writing what you know. I can’t safely speak for everyone, but the sheer man hours involved in research is tedious, boring and easy to get carried away with in over abundance. Gunhus crafts a lead protagonist in Corbin Stewart, a writer who of course if I’m not mistaken must carry many components and elements of the author’s personality. I particularly liked the homage to The Shining and the adage of all work and no play. This is a reference, you don’t have to be a Stephen King fan to appreciate. The certain levity will have many readers let their guard down and allow the story to sweep them away.

Gunhus’s use of imagery and description is infectious. Unleashing a virtual film reel within the imagination of readers is refreshing. Many readers will be hooked from the get go and keep tearing through the pages until the very chilling climax.

Effective plot escalation is harnessed providing segue into most foreboding of foreshadows. Make no mistake about it once this author has your attention he refuses to relent until the bitter end.

The exotic locale of Paris and the catacombs of course is enough to make even the most jaded of reader’s blood run cold. As the nuances and mystiques of the Roma’s begin to unfold, we begin the challenge the very history in which we naively trust has been pure.

A virtuoso in captivating conclusions, Gypsy Blood is precisely the type of read that keeps readers new and old keep coming back for more and more.