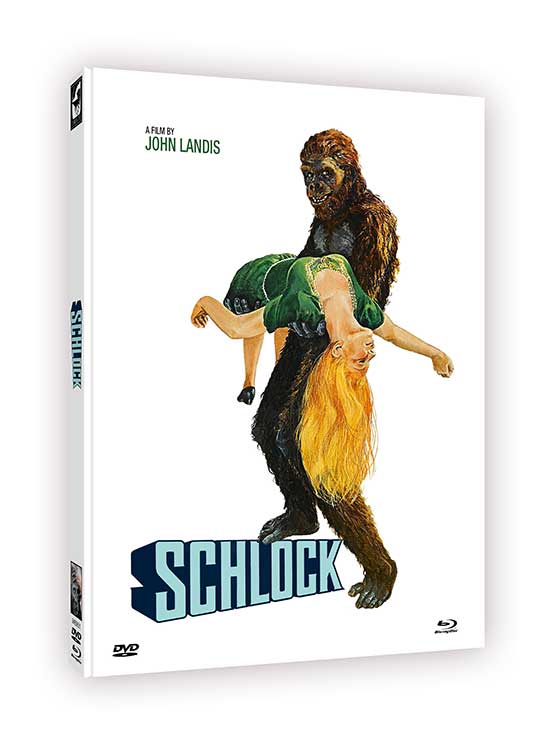 A love stronger, and stranger, than King Kong and Fay Wray! The long-slumbering banana monster Schlock wakes up after 20 million years and escapes from his cave, befriending a blind girl who thinks he’s a dog, and causes mass panic in the small town with a shocking bloody massacre setting the scene. Schlock tries to escape but the military is fast approaching… 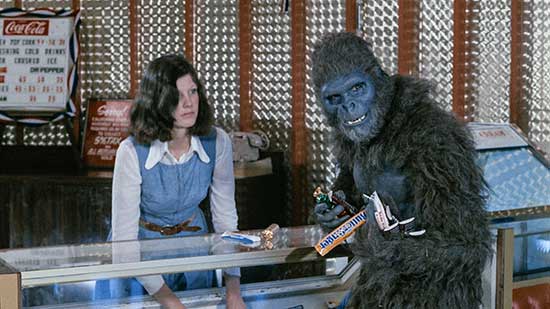 This low-budget prelude to Landis’ brilliant career which includes ANIMAL HOUSE, THE BLUES BROTHERS, and AN AMERICAN WEREWOLF IN LONDON, SCHLOCK is an ingenious monster comedy filled with wild movie references and absurd gags, with the then 22-year-old filmmaker paying respect to some of his favorite films like KING KONG, 2001, THE BLOB, and FRANKENSTEIN. SHLOCK is also the beginning of Landis’ partnership with makeup artist extraordinaire  Rick Baker, and early feature from the gifted artist

Now being released for the first time ever in high-definition from Turbine Media Group, this exclusive limited 2000-copy Blu-ray/DVD combo mediabook edition contains the main feature in full HD sourced from an all-new, detailed 4K frame-by-frame restoration on Region Code–Free Blu-ray for worldwide playback, and an NTSC SD 4:3 full-frame open-matte DVD version, just like in the good old days of VHS. The mediabook packaging features original artwork and a bound-in, fully illustrated booklet with rare pictures and new writing on the film in German and English. 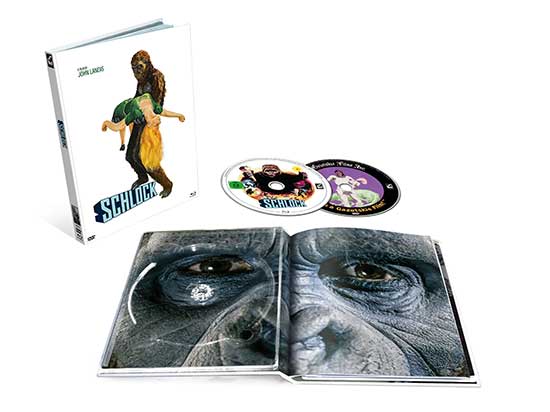