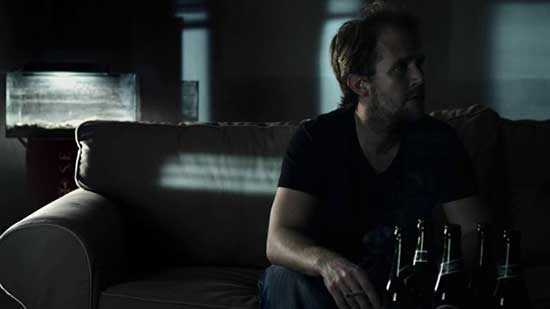 After a six-year relationship with his girlfriend Rie, Jonas decides take a stab at the freedom of single life, but is confronted with a world filled with lonely, emotionless and sex-fixated individuals. An infernal racket from the upstairs neighbour Frank forces him to consider the possibility that noise can come from anywhere, even from the inside.

Our story opens on a beach, where Jonas (Mads Koudal) and Rie (Ene Øster Bendtsen) are having an apparently lovely afternoon. But Jonas is thinking about his life, and how its all become a bit stale. And as Rie chatters on and serves lunch, Jonas finally says what he’s thinking – that he needs some time alone. 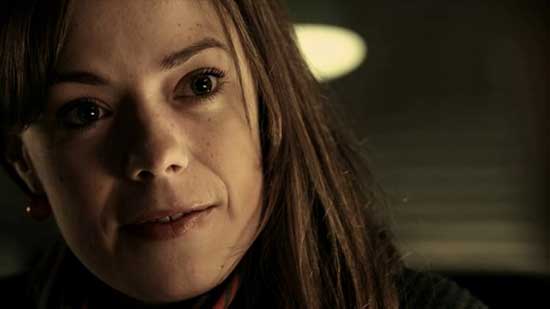 Cut to a sad boarding house for single men. Jonas has some friends (Thomas Biehl, Jan Tjerrild) helping him move a beat up sofa, which is the only thing he apparently got out of the break up. We meet the man upstairs, Frank (Peter Gilsfort), who seems a bit odd but nice enough.

And so Jonas begins this journey back into bachelorhood, with his friends getting him drunk, Frank checking up on him, and the local shopkeeper (Chadi Abdul-Karim) regaling Jonas with tales of his daily conquests.

Somehow none of this was as awesome as Jonas had hoped it would be, and he is haunted by the mistake he starts to think he made.

The cast is really good, especially Mr. Gilsfort as the bizarre building superintendant. Mr. Koudal brings a certain charm to the confused Jonas, and does an amazing job of portraying this man facing the greatest horror he can imagine. The main cast have a very impressive list of credits among all of them, mostly Danish television and film. In fact, apparently the shopkeeper is a celebrity cameo of sorts. Mr. Abdul-Karim is a nominated director for a short film of his own, EXIT NEVERLAND.

This is not a horror film in the way one might expect. It’s not gruesome or gory, and there’s no ghosts or monsters. The horror of this film is the mundanity of Jonas’ life and the people with which he surrounds himself. It has a SHAUN OF THE DEAD vibe in the editing technique and some of the humour. Also aspects of GROUNDHOG DAY.

This may not be a film for everybody, but I found it to be quite enjoyable.

So using my special short scale of one to five, five being awesome, I’m giving this film 4 beers.