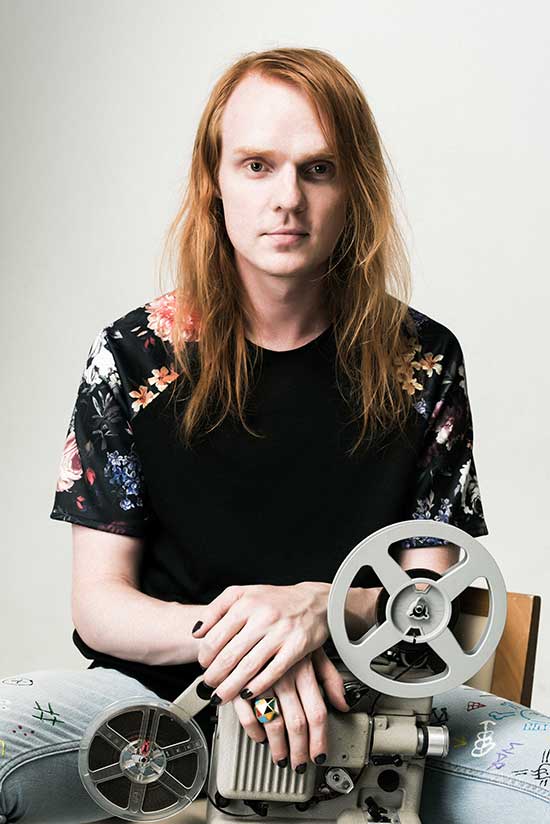 Award winning director and artist Nicholas Verso (Boys in the Trees, The Last Time I Saw Richard) has signed on to direct the high concept horror feature film The Ice Cream Man, it was announced today by Covert Media’s CEO Paul Hanson (Ophelia, Naked) who is producing the film alongside Broken Road Productions’ Todd Garner (True Memoirs of an International Assassin, Knight and Day) and Ryan Lewis (Naked, The Ballad of Lefty Brown).

Written by Justin Powell (Off Season, Secret Admirer) and David Charbonier (Off Season, Secret Admirer), the elevated chiller follows two brothers who are terrorized by a sinister being. Currently in pre-production, the film is the next production under the two-year first look deal announced between Covert and Broken Road. Current productions include Paul Franklin’s Resurface and the Netflix production Naked starring Marlon Wayans released in 2017.

The Ice Cream Man is being fully financed by Covert Media who will handle worldwide sales on the film.

“Nick is a true visionary when it comes to crafting genre films, handsomely evidenced by the awards and acclaim received in recent years,” commented Hanson. “He is a proven, unique voice and we are thrilled that Justin and David’s outstanding, clever, and terrifying script is in a master’s hands.”

“Justin and David are two exciting new horror voices, we were excited to discover, who’ve crafted a truly exciting and utterly creepy world to explore. With his innate talent as a director, Nick has provided the perfect vision to bring this world to life,” commented Lewis. “When we’re done with this film, parents will think twice before letting their kids chase after that familiar jingle when Summer comes around again.”

In 2016, Verso’s debut feature film, Boys In The Trees, made its world premiere at the 73rd Venice International Film Festival before unspooling at festivals around the world including Toronto, Busan, Sitges and Austin Film Festival where the film won Best Feature. As a director, Verso has attended the Berlinale Talent Campus, Binger FilmLab Directors Coaching Programme (Amsterdam), trained with Song of The Goat theatre company (Poland), won the 2013 Inscription LA Residency, and was awarded an Asialink Arts Fellowship to Beijing in 2015.

Verso’s short film work includes Hugo (winner of the Grand Prize for Fantasy at the Rhode Island International Film Festival) and The Last Time I Saw Richard funded through Screen Australia’s Springboard programme and the winner of several awards including Best Short Film at the 2014 AACTA Awards and Best Emerging Filmmaker at the Melbourne Queer Film Festival. His television work includes directing the Emmy award-winning Nowhere Boys for Matchbox Pictures and ABC/NBCUniversal.