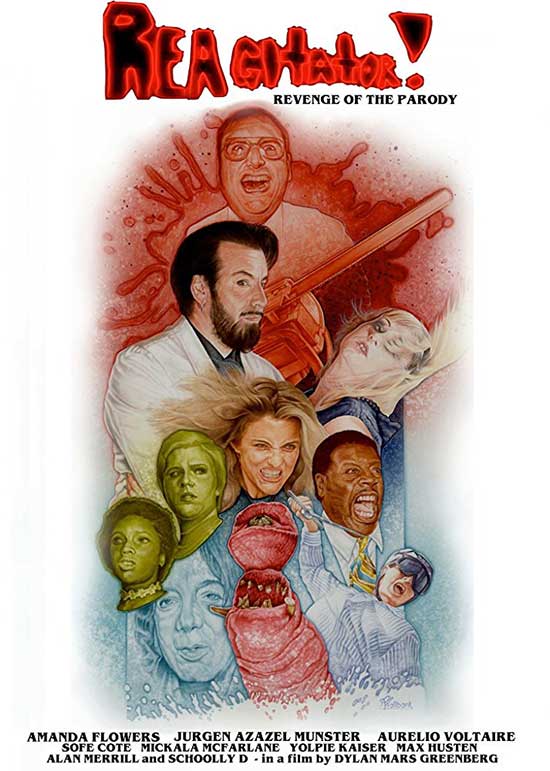 ReAgitator: Revenge of the Parody, the new film directed by Troma alumn filmmaker Dylan Mars Greenberg (Dark Prism, Amityville: Vanishing Point) premiered on Amazon Video in America and the UK this Valentine’s Day. The film features Aurelio Voltaire, Schoolly D and Lloyd Kaufman, as well as creature effects by Evan Parra (Return to Nuke Em High). ReAgitator is a colorful send up of classic horror films ranging from ReAnimator to Hammer Horror to 30’s fare such as Dracula and The Old Dark House. It was an official selection at New Jersey Horror Con and Fake Flesh Film Festival and was nominated for Best Narrative Feature at Barcelona Planet Film Festival.

The official synopsis reads as following:

“Goth superstar Aurelio Voltaire is VERUM and original gangsta rapper Schoolly D is THE PRESIDENT in this cult camp catastrophe. In this send up of the horror genre, a beautiful aristocrat (Amanda Flowers) is resurrected by mad doctor ORBERT WESCRAFT (Jurgen Azazel Munster) at the request of her obsessed husband (Rock N Roll legend Alan Merrill). When she rebels against the Doctor and joins a cult of the undead, it’s pandemonium as the sinister creatures resurrect a giant monster to destroy all mortals. Will two wacky journalists (Yolpie Kaiser, Mickala McFarlane) a mad teenage girl bent on revenge (Sofe Cote) and a perma tripping boy genius (Max Husten) be able to save the world in time?”

Says Dylan: “We wanted to make a low budget horror film that was also a full spectacle. When you saw a movie in the 30s or 40s, you got a full spectacle, and you feel like you’ve seen a whole show as opposed to just a movie. We essentially set out to create the same – we have musical numbers, exotic locations, comedy, terror, romance, celebrities, dancing, parades, sex, and much more! I feel that movie fans and lovers of horror will really feel like they’ve gotten a full, epic and exciting experience from this motion picture.”

Tags ReAgitator Revenge of the Parody 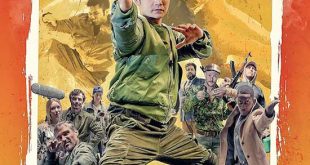