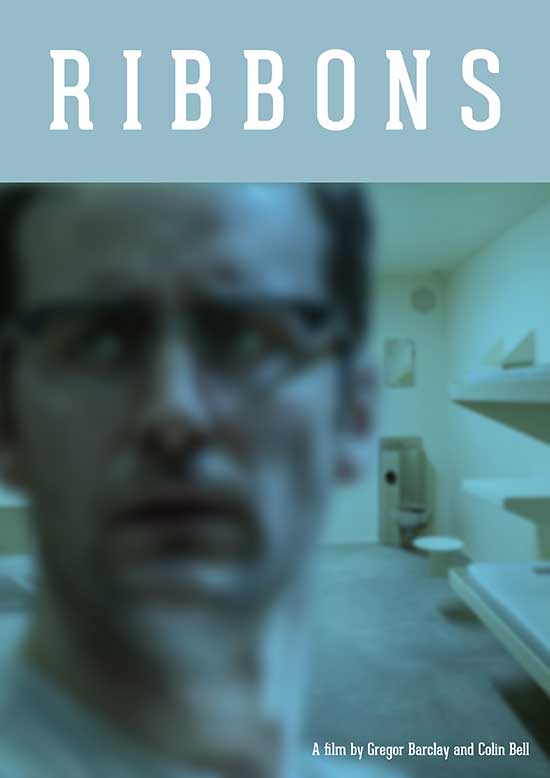 RIBBONS follows the long tradition of Psychological Post-Apocalyptic movies such as The Mist, District Nine, The Road and Cloverfield.

How would you deal if the end of the world began during your dinner party? RIBBONS is a story of how 5 houseguests, locked in a basement make sense of what appears to be their impending doom. But is their biggest threat really from what is outside?

RIBBONS intends to make you part of its journey.

This bold new feature sets out to do things differently from the very outset.

Gregor Barclay: “We want to reflect the levels of terror you would feel in that scenario, and to convey that most effectively we’ve decided to shoot quickly and in a completely improvised fashion. And by quick, we mean really quick – 4 days to shoot a feature. We think it’s the only way we can realistically bring the levels of fear and threat needed to tell the story best. It’s an experiment and it’s exciting”

Colin Bell: “Trust is important to us. While what we are trying to pull off seems crazy we’ve been planning this for many years. Without taking risks you struggle to make things exciting, and this will be exciting. We’ve managed to pull together a fantastic cast and crew. I think it says a lot about our ambition, and offers confidence to contributors that Shauna Macdonald and Robert Jack are completely onboard with us”

RIBBONS would love you to become part of this unique experience. Gregor and Colin will detail their entire filmmaking journey over a series of videos during the crowdfunding campaign, as well as during the actual filmmaking. A must for filmmakers and horror fans.

The Production seeks £5000 to help bring this exciting new movie to life, and they would love for you to be involved. Perks include downloads, set visits and custom made shorts.

RIBBONS will join the exciting new wave of Scottish Indie Filmmaking. It is produced by Grant McPhee of Tartan Features (Night Kaleidoscope) and Paul Thomas of xFilm (Fragments of May, Crocodile)