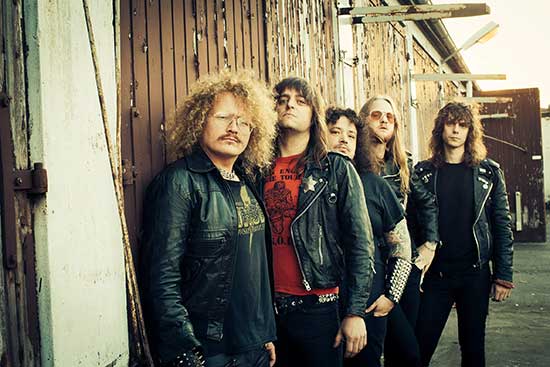 If you want to understand how Swedish metal act Bullet works, you only have to take one look at the ancient tour bus that the five musicians have been conquering the world with for years. The black, white and red 1964 Volvo B63508, lovingly referred to as the “Bullet Bus”, with its indestructible six-cylinder engine and countless miles under its frayed seats, the band’s mobile hotel. Mind you: perhaps hotel isn’t quite the operative word, (youth) hostel would be more to the point, the van’s interior having accumulated an attractive odour composed of petrol, sweat, beer and a diverse range of tobacco blends in its interior. “In the years that we’ve been travelling from show to show in our van and have visited countless festivals, our Bullet Bus has never let us down,” guitaristHampus Klang phrases a kind of declaration of love to the vintage vehicle that features on the cover of the group’s latest album Dust To Gold for a good reason. “The Volvo has more than earned its place on the front cover,  because in its own way it’s just like we are: hard as nails, resilient and full of priceless memories.”
The Bullet Bus as a synonym for a band philosophy that could hardly be more compelling. Bullet from Växjö have been on the metal scene since 2001, released five excellent studio albums to date, toured most European countries several times, opened for AC/DC in front of 55,000 people in 2009 and played some of Europe’s most prestigious festivals, such as Rock Am Ring, Graspop, Sweden Rock, Bang Your Head, Rock Hard, Keep It True, Headbangers Open Air and Wacken (twice!). The band has eaten dirt in the true sense of the word and transformed it into musical gold, as their programmatic album title hints. “Our new songs are about life on the road, about freedom, adventure and the endless fun that passionate metal bands have,” Hampus Klang explains. Their love of their lives as musicians oozes from every single note, be it the fast-paced opener ´Speed And Attack` in classic NWOBHM style, the powerful singalong anthem ´Fuel The Fire` or the cool, grooving midtempo track ´Wildfire` that AC/DC couldn’t have done better.
Dust To Gold was mixed and produced from August to December 2017 at the Pama Studios in Torsås, Sweden, by Bullet and Mankan Sedenberg, who consciously used an analogue tape machine to give the recording a warm sound. Hampus is extremely happy with the result: “We spent much more time on the songwriting than we did with previous albums. The whole production took a bit longer this time but we think it was worth it. We wanted an album where every song is a great one, totally without fillers. We also worked hard to make the sound as honest and authentic as possible and it sounds a lot more like we do live.” 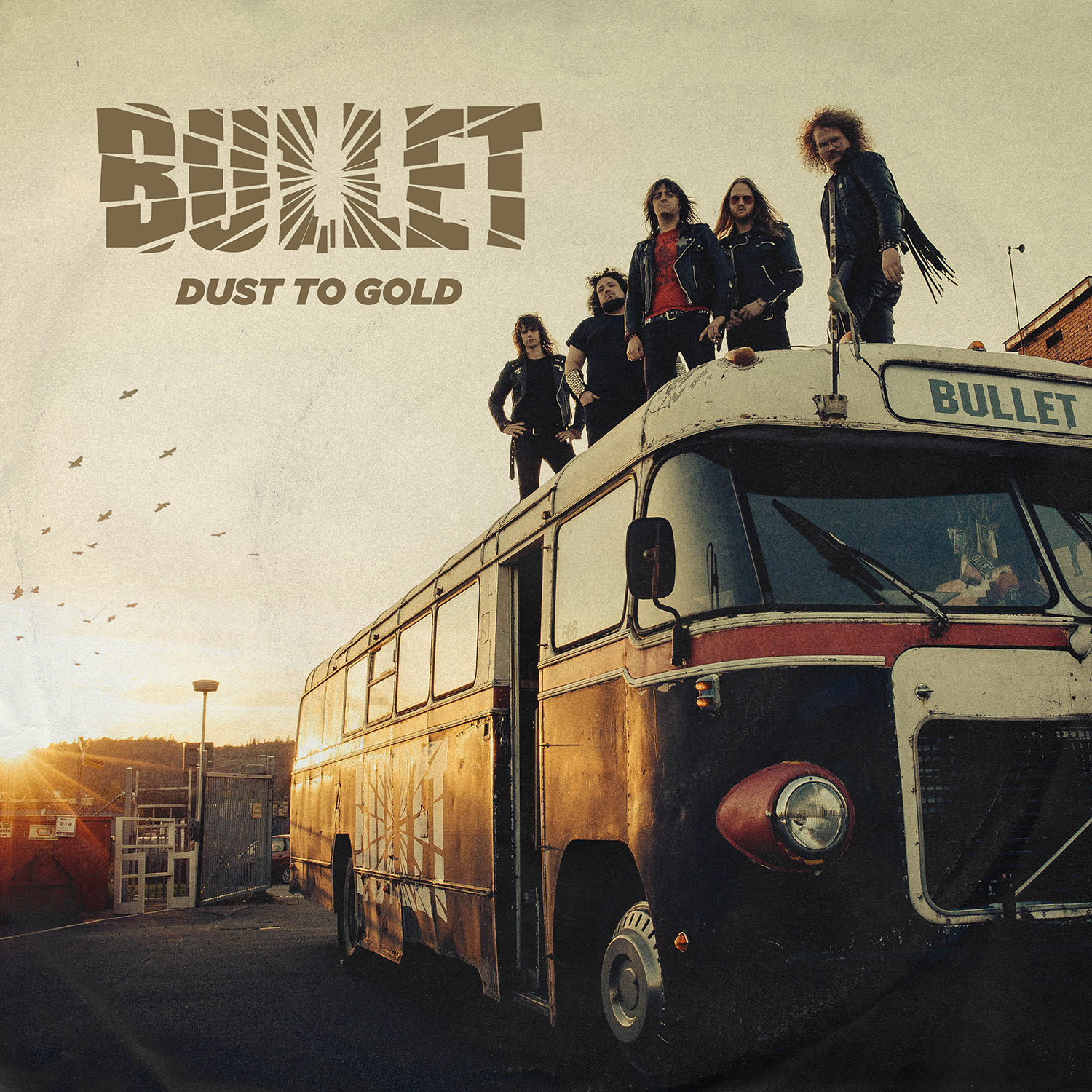