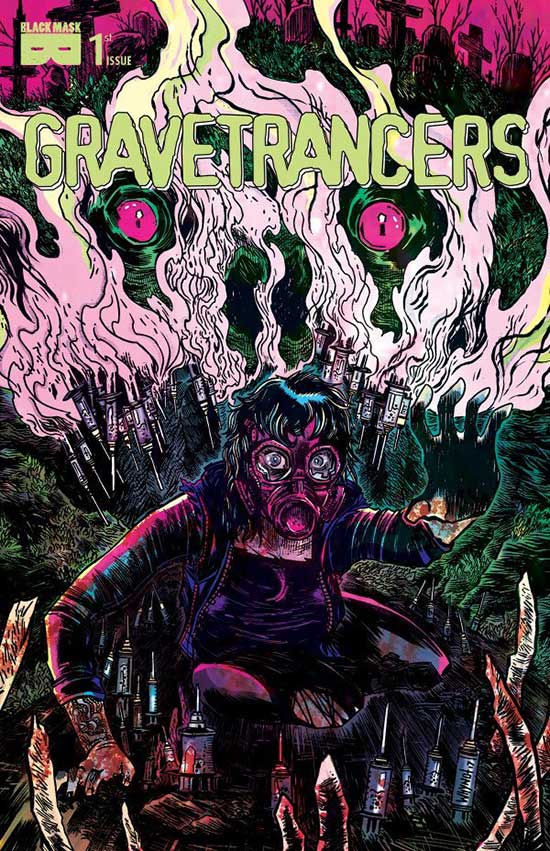 There was a lot of fuss about 2017 being a bad year for comics. I guess that depends on what you like to read, but I’d argue it questions how far you’re prepared to go looking. 2017 was a great year for horror comics (as my Best Of List can fiercely attest!) and were it not for the fact the first issue hit the shelves at the very end of the year, then GRAVETRANCERS would likely have clawed its way on there too.

The book opens with a short history lesson comprising Viking funeral pyres, Ted Bundy’s execution, and night terrors brought on by death fumes. It’s two pages of perfectly executed hooking that quickly switches gears to a siblings road trip. Anthony and his sister Maribel are driving to find their Father’s grave, Anthony has no real memory of his Dad while Maribel is only along because her sponsor thinks it’ll help reconcile the actual demons in her life. They arrive at Burwood funeral parlour to be greeted by the eccentric proprietor and her perfectly askew brood.

After a spot of tea they are taken to the alleged plot of their departed Pops, only to find the grave is fake and most of the cemetery is empty. After a whack over the head Maribel and Anthony come round to a hallucinogenic torture room where they are given a genuine taste of death in the form of a drug devised from human remains. And thus their true torment begins.

Like its premise this is a carefully drip fed story delivered with the ferocity of an uninvited shot in the arm. The anxiety builds by having events unfold quickly, so like Anthony and Maribel you’re wondering what in seven hells is happening but too wired in to the ride to consider getting off. The characters are wonderfully weird, with writer M.L. Miller embracing the stereotype of the warped happy (to kill) family. Rather than reinvent the wheel he adds to it, creating some genuinely freaky, gleefully repulsive individuals. The art by James Michael Whynot and Dee Cunniff’s colours marry together perfectly to realise a kind of Fear and Loathing in Edgar Allen Poe. Scrawny bodies with oversized, bug eyed heads are the norm in this book, so what we get once the drugs kick in will hopefully be the stuff of the best kind of head f*ck. 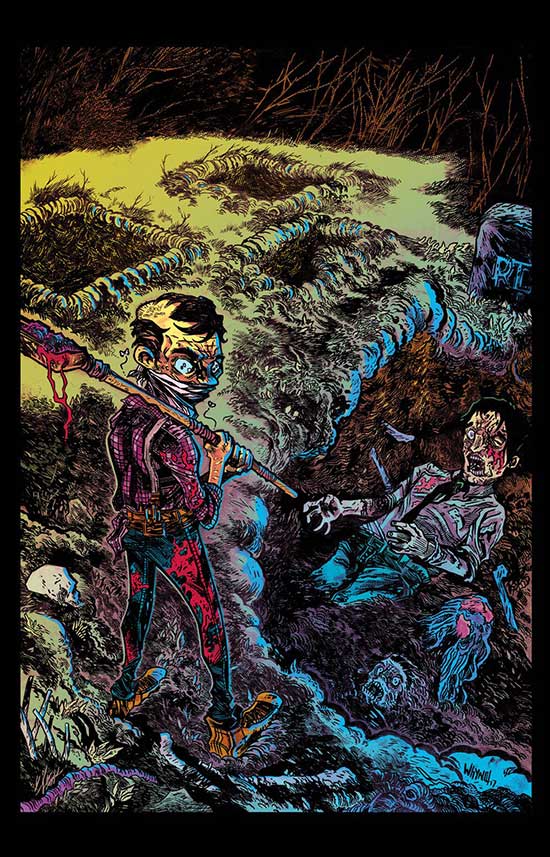 Black Mask Studios are quickly making a name for themselves producing books that step to one side of reality. Whether that is a response to the alleged mundanity of mainstream comics, or proof that such an assertion is nonsense doesn’t really matter; reading GRAVETRANCERS is just good sense. New year, new series, bonkers new, ball tripping nightmare. Start as you mean to go on. 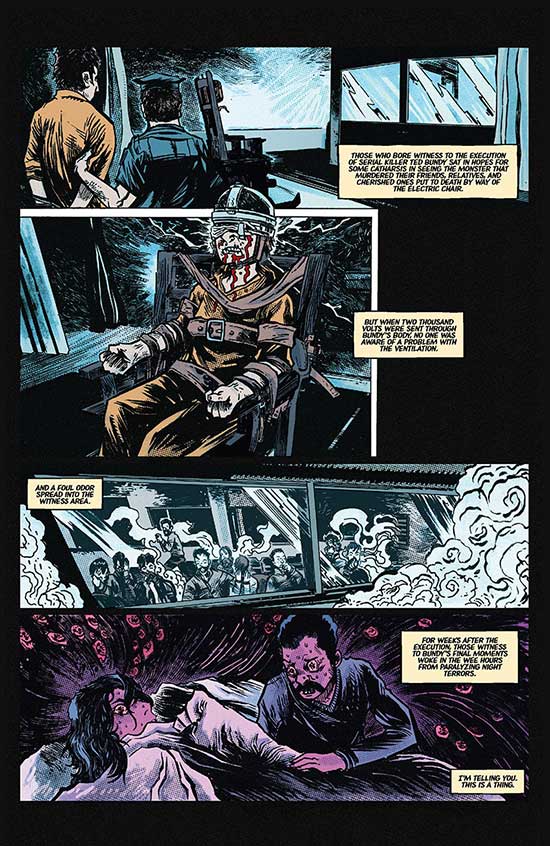