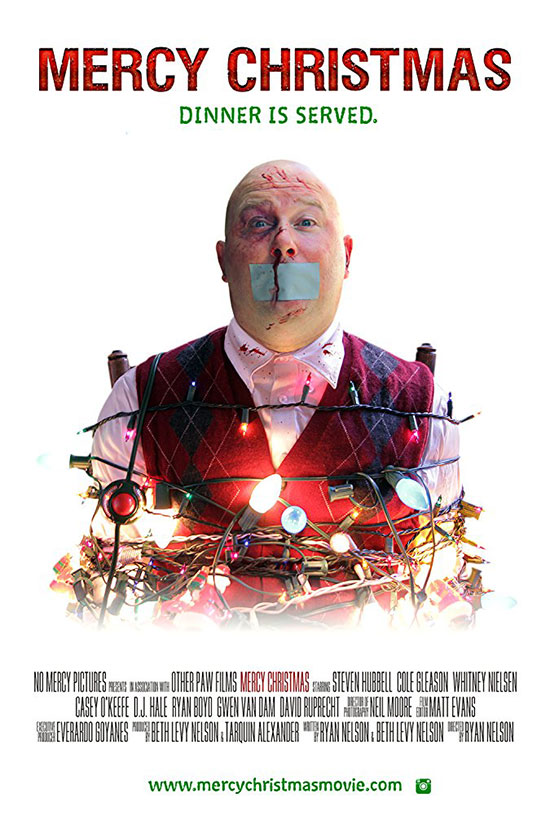 When Michael Briskett meets the perfect woman, his ideal Christmas dream comes true when she invites him to her family’s holiday celebration. Dreams shattered, Michael struggles to survive once he realizes HE will be Christmas dinner.

“Mercy Christmas” has restored my faith in both the titular holiday and the future of indie film making.

Michael Briskett is the poster child for Most Overlooked Employee. He isn’t pretty; he isn’t hip. In fact, during the rather loud Christmas office party, he is tucked away in his office plowing through a pile of forms while he eats Christmas cookies. He’s decked out in red and green with a Christmas sweater that ought to say, “I’ll never get laid wearing this.” 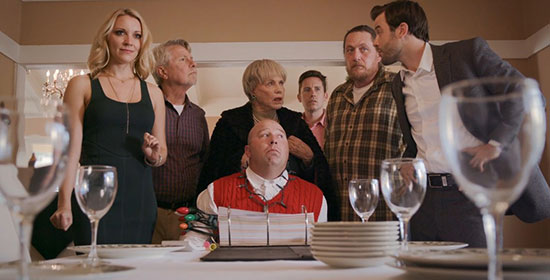 When his snarky boss wanders into his office during the party, Michael thinks he is there to accept the invitation to Michael’s Christmas party. Of course not. He’s there because Michael is fast with numbers, and he wants Briskett to put together a massive presentation for a meeting the day after Christmas. So much for a quiet Christmas, Michael must be thinking.

Sadly, before the next two days are over, Michael will be wishing all he had to worry about was the report. He will be tortured, teased, cut, drugged, electrocuted, beaten, and put on the short list as the formal entrée for a special Christmas dinner. It will be the very special Christmas he never hoped to have.

Special thanks to Beth Levy Nelson and Ryan Nelson for writing one of the best scripts to grace the screen in a while. They created real characters, however weird, and let them carry the film. Through the characters, we go from the absurd to the insane to the utterly depraved. Without believable characters, the events would have just been plot points. Here, you get to see a bevy of dysfunctional people stumble and crash their way through social awkwardness from the dinner table to the improvised slaughterhouse. Scenes flow from comic to horrific to horrifically comic and back with an ease that belies that fact that this is also Ryan Nelson’s first feature as a director. 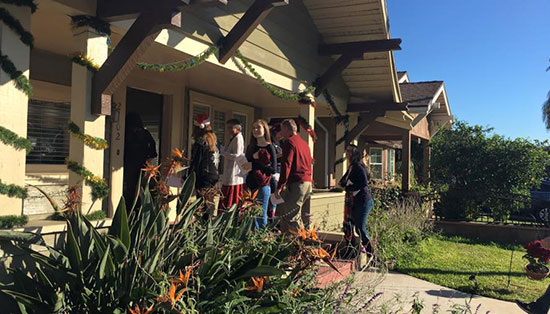 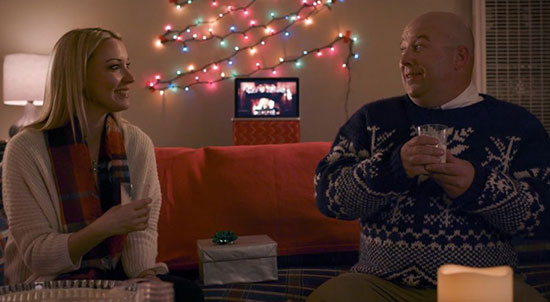 Even if you have a killer script, the movie will tend to only be as good as the actors are. In this case, Ryan Nelson has a cast working completely in his favor.

The primary reason the whole thing comes together so well is the performance from Steven Hubbell as Michael Briskett. Michael could have easily been played off as a one-dimensional doofus with a Christmas obsession. Instead, Hubbell gives you the wide-eyed, but timid, kid inside who constantly hopes for kindness but has learned to live with disappointment. By the end of his very small Christmas party, you will find yourself smiling at each awkward step forward he takes. Later, even during sadistic torture, his heart remains pure and open to sympathize with the pain of his captors. Physically, the actor has to go from being brutalized to broad physical comedy in moments, sometimes during a single scene. If nothing else, you should watch this movie for his performance.

His fellow captives keep the tensions high and the wild dialogue flowing. Eddie (D.J. Hale) and Katherine (Whitney Nielsen) both deliver as a high-strung ticket scalper and a Christmas-hating bar owner, respectively. Like Hubbell, their characters are the recipients of acts of violence and cruelty, yet they are more than just victims. You feel their pain and terror and rage as their situation becomes increasingly dire. Hale, a former athlete, is a riot to watch as his character keeps finding the strength to rise above, no matter what they do to him. Nielsen’s Katherine is a woman with a bitter view of life, but she allows Michael’s innocence and desire for something better to crack her armor. Both actors compliment and contrast Hubbell’s performance well, and they still manage to carve out their own portion of this ensemble cast. 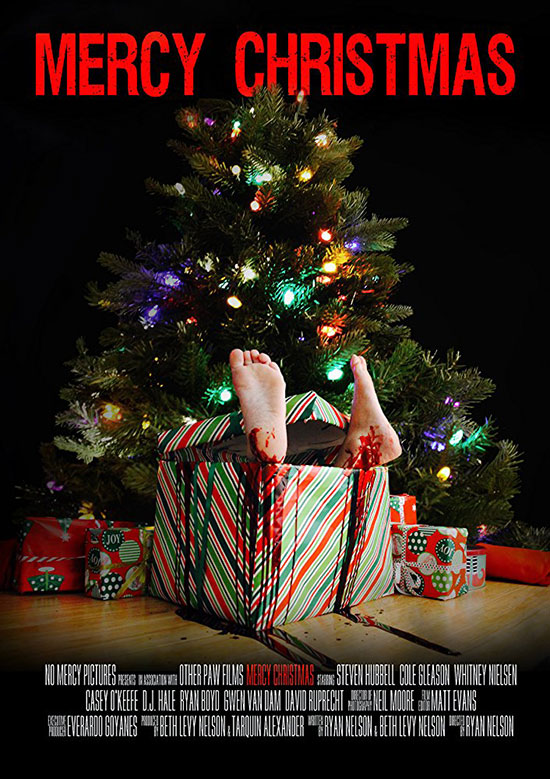 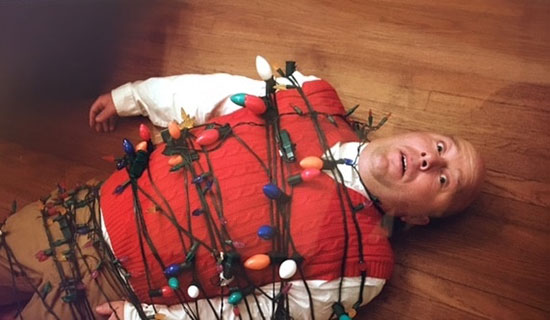 The humor is dark as pitch and may prove too much for more sensitive viewers, as might some of the shocking bits of violence and bloodletting. If you like your shocks with wonderfully-timed humor, “Mercy Christmas” is the perfect choice for entertainment. 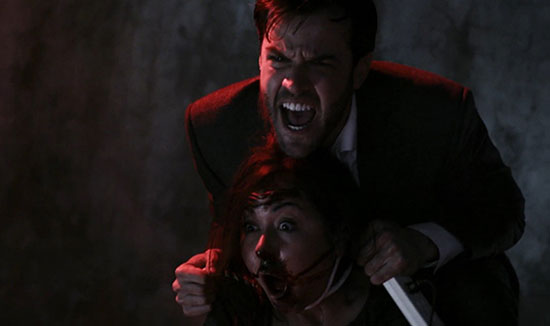 My Christmas wish is for a Blu-Ray release delivered to my place by Whitney Nielsen. I understand I may be asking for too much, so just send Ms. Nielsen around for a nice cup of tea if a Blu-Ray is out of the question.