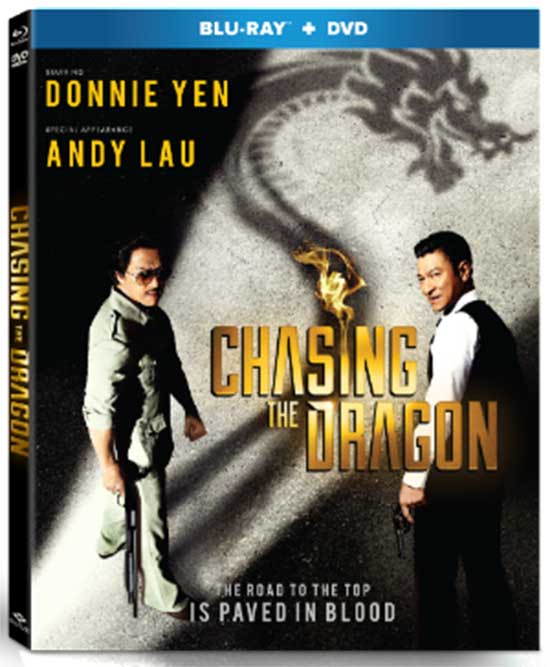 “ONE OF THE BEST MOVIES OF THE YEAR”
~ Eoin Friel, THE ACTION ELITE

“Seeing these two actors play off each other is a definite treat …”
~ Calvin McMillin, BIRTH. MOVIES. DEATH.

Synopsis:
Donnie Yen stars as infamous real-life drug kingpin Crippled Ho, who came to Hong Kong an illegal immigrant in 1963 and ruthlessly carved an empire from the chaotic underworld of drug dealers and corrupt police that ruled the city under notorious detective Lee Rock (Andy Lau).

CHASING THE DRAGON has a runtime of approximately 129 minutes and is not rated.
Download additional materials (including box art) at ftp.mprm.com/WellGoUSA.