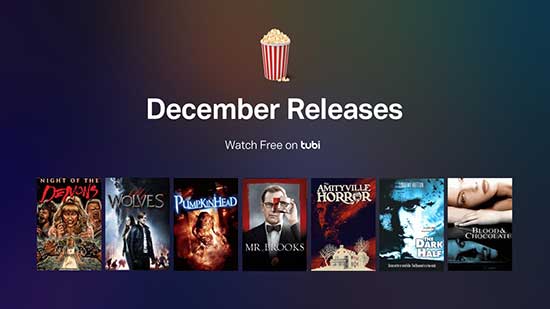 Below is the list of horror highlights of new December 2017 Tubi TV movies and titles leaving Tubi TV in December (last chance to watch), which you can watch for free at tubitv.com, on Android and iOS mobile devices, and on OTT devices such as Roku, Apple TV, Chromecast, Xbox 360, Xbox One, Sony, PlayStation 4, PlayStation 3, Samsung and Amazon Fire TV: