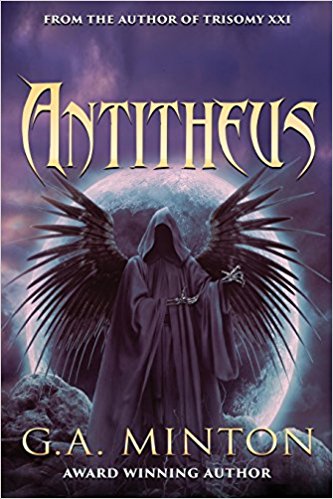 The Goldmine Lodge is a picturesque retreat nestled deep in the Sierra Nevada mountains. Perfect for a conference of revered religious leaders to get away from it all and discuss the beliefs and ideals they are so passionate about. Little did they know that an evil lurks in the shadows, stalking them, biding its time. A hellish storm is coming and the endless torrent of snow isn’t even the half of it.

Zeke Reinhart, the aging owner of the once prosperous inn, finds one of his esteemed guests brutally murdered. With a sense of foreboding he just can’t shake, he calls in his longtime friend Sherriff Parker. The pair has no idea what they are in for as all means of escape dwindles with each inch of snow that quickly accumulates on the ground. Soon they are all trapped and someone, or something, is picking off the clergymen one by one, leaving a macabre slaughter in its wake.

The conference quickly becomes a game of survival, the ultimate fight between good and evil, and the fate of the world hinges on who will win. Will good triumph over the darkness? Or will the world be overcome by the worst evil imaginable?

Author G.A. Minton’s sophomore effort gives us a masterfully mixed bag of survival horror, supernatural thriller and classic suspense, all woven into a frightening story that kept me on the edge of my seat. The writing style is intelligent and full of details, enticing readers to use all of their senses as Minton takes them on a trip reminiscent of horror masters such as Stephen King and Christopher Golden. The descriptive prose really shined in the murder scenes which were a delightfully gruesome feast of blood and gore, something I personally loved. I could see, hear, smell, feel every spine-tingling moment.

The cast of characters were likeable and well-rounded. The author offers just enough backstory on each of them to give us a clear picture of who they were and the parts they played without bogging down the story. I particularly enjoyed the dynamic between the main character, Zeke Reinhart, and his longtime buddy Sherriff Parker. Their exchanges seemed effortless and natural as they braved everything G.A. Minton threw their way.

The plot moves at an almost breakneck pace, plunging readers directly into one murderous scene after another. Each transition effectively builds tension and dread as the characters fight to unravel the supernatural mystery unfolding rapidly around them. I really appreciate an author that can keep me guessing right along with the characters. That talent makes for a much more thrilling and intriguing read.

The other element Minton absolutely nails is the rich and icy atmospheric terror Antitheus is steeped in. I have an unabashed fondness for seasonal horror and this hit that spot for me. There is nothing better than curling up on a chilly night and diving into a wintery tale of horror. I relished each bone-chilling scene, grateful to be tucked into my warm corner of the world and far away from the snowy hell between these pages.

I’m anxious to see what the future holds for G.A. Minton. I have placed his first novel, Trisomy XXI, on my reading list, and I’m hoping to see more of his work in the future. In summary, I recommend this novel and I believe it will appeal to a wide audience since it dips its frostbitten toe into so many different genres in such a clever way. If you enjoy a griping and creepy story that is a horrific buffet for the senses, Antitheus is definitely for you.