Lexicon Entertainment, in association with Room in the Sky Films today announced the start of production on their fourth production of the year: The Clearing, the feature directorial debut for writer-director Dave Matalon who directs from his own screenplay.

A horror-action film, The Clearing is set at the dawn of the zombie apocalypse. Amid tensions between Tom (Liam McIntyre) and his wife (Sydelle Noel) over his parental responsibilities and the time he spends with his young daughter Mira (Aundrea Smith), Tom takes Mira on a camping trip, only to discover the impending disaster, trapping the pair in…The Clearing. Will Mira’s recently learned backwoods and orienteering skills help her survive the onslaught of the infected and rejoin her father, who is using every physical and intellectual tool at his disposal to hold the horde at bay?

“I was interested in bringing back the classic horror-action films I loved as a kid in the 80’s and 90s,” says director David Matalon. “Movies that were full of chills and thrills, but at their heart were about deeply personal relationships and family. I’m so proud to have been able to have such an amazing cast and crew. Liam McIntyre’s incredible dedication and professionalism. Director of Photography Olivia Kuan’s keen eye, and the entire crew’s commitment to making The Clearing. It will be a very ambitious shoot on a tight deadline, and we could not have attempted it without each and every member of our team.”

Production will continue through September at remote locations throughout Los Angeles County. 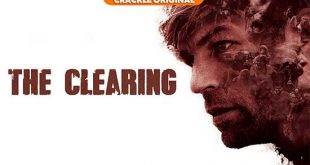