Trailer Released for “Mad Women in My Attic! A Cabaret of Musical Lunacy” 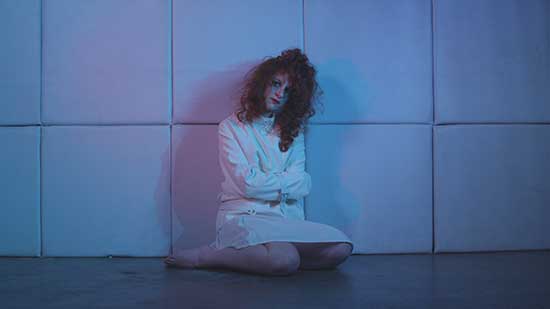 Cabaret performer Monica Salvi and filmmaker Samantha Oči have partnered up to create an eccentric promotional video for the upcoming stage show “Mad Women in my Attic! A Cabaret of Musical Lunacy” – which is due to be performed in London and New York in October 2017.

Shot in London’s Murder Mile Studio (a renowned alternative venue and S&M Dungeon) the trailer is full of dark humour. Miss Salvi describes it as “Hammer Horror meets Rocky Horror meets Alice Cooper” – citing these influences as her greatest inspirations whilst growing up. Paired with the dark and dramatically lit atmospheres that characterise Miss Oči’s cinematography style, the trailer seeks to conveys a small taste of what is to come with Miss Salvi’s full theatrical show.

MAD WOMEN IN MY ATTIC! from Monica Salvi on Vimeo.

Miss Salvi had this to say about the trailer and forthcoming show: “I think we all have a trigger for madness within ourselves to some degree, and the more we acknowledge it, explore it and allow our ‘emotional madness’ to come out in a healthy and creative way, the easier it is to recognise it in others, and build better relationships, not based on judgement, but on understanding. I want this show to inspire people to unleash their own streak of madness!”

Miss Oči added: “I’ve always been drawn towards imagery that is both dark and surreal, and I think that my cinematography reflects that.  ‘”Mad Women in My Attic!” really appealed to my sensibilities, and I was very excited to work with Monica and the eccentric women that she unleashed during the making of the trailer. Against the bleak and dark backdrop of the dungeon where the trailer was filmed, I really liked the juxtaposition of intense colour against black, as I felt that it highlighted Monica’s colourful characters as we delved into their dark but insanely magical world.” 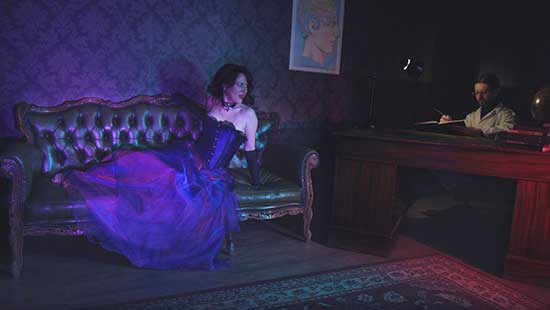 About the Show
Set in an imaginary lunatic asylum “Mad Women in My Attic!” is the semi-autobiographical cabaret brainchild of Monica Salvi, an Italian performer based in London, UK. With multiple costume changes, haunting and comedic songs from the most daring and dark musical theatre repertoire (such as Sweeney Todd, Kiss of the Spiderwoman, Threepenny Opera, Next to Normal, Jane Eyre, Sunset Boulevard), and some kinky audience participation, Mad Women in my Attic! is a fantastic romp through murderous, wicked and insane characters that Miss Salvi had the pleasure to play in her stage career.

Trailer Synopsis
Typecasting and a theatre career drove her to insanity. She exchanged stage wings for padded walls, glamorous costumes for a white nightgown, adoring audiences for a bunch of inmates. Yet, she will sing! A madwoman proudly recounts the roles and songs which made her who she is today, celebrating that fine line between creativity and madness. 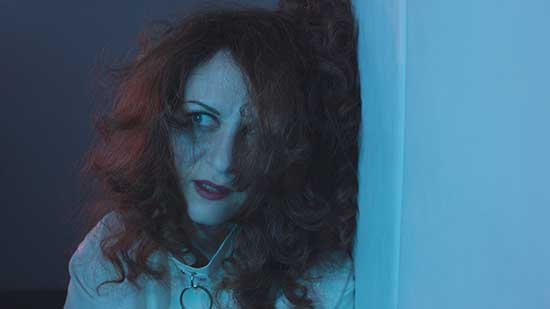 Creative Team
Monica Salvi is an Italian actress and singer who, ever since her graduation from London’s Royal Academy of Music, has often been typecast in roles of crazy women. Artist’s website: www.monicasalvi.com

Samantha Oči is a London-based filmmaker and photographer with a particular interest in the dark and surreal. Samantha is currently completing a short dark experimental film called ‘Split Personality’’. Artist’s website: www.samanthaoci.com

Tags Mad Women in My Attic