Since 1989, Full Moon’s Puppet Master franchise has been the first and last word in murderous marionette mayhem and it’s the most successful and enduring direct-to-video horror and fantasy movie series in history.

A replica of the mystical Andre Toulon’s travelling case in the Puppet Master franchise, Toulon’s Trunk is a stunning wood and metal-forged box set containing all 11 official Puppet Master films remastered on Blu-ray as well as a bonus disc, a mini Blade figure (more mini figures will be released this year to add to the collection), collectible booklet, startling new cover artwork for each film and much more! Each box set will be numbered and signed by producer Charles Band. 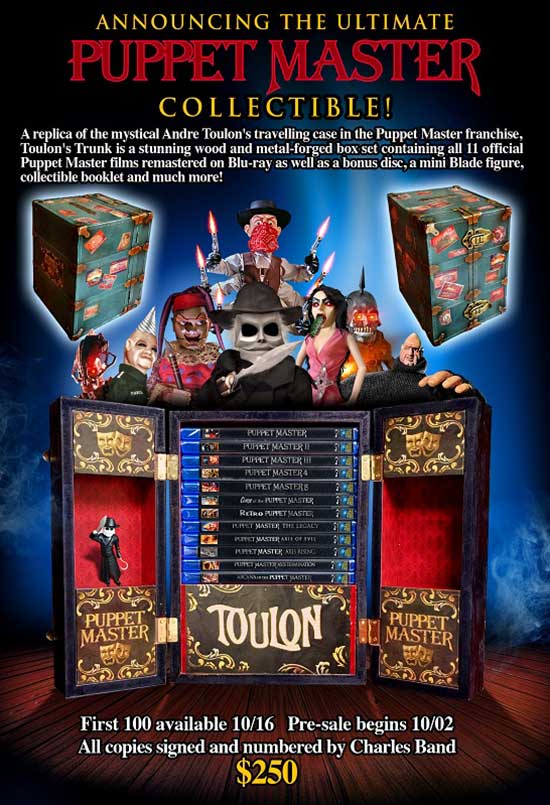 And be sure to watch the World Premiere of the 11th and wildest Puppet Master movie, Puppet Master: Axis Termination‘s first installment “War Toys” available EXCLUSIVELY this Friday on Full Moon’s Amazon channel in the U.S., U.K. and Germany.