Home | AXEMAN 2: OVERKILL is Back in Anticipated 2nd Slasher Installment

AXEMAN 2: OVERKILL is Back in Anticipated 2nd Slasher Installment 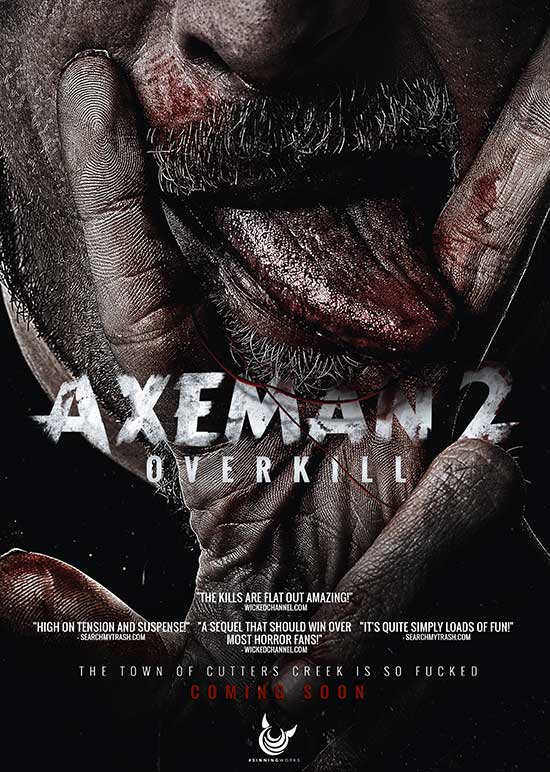 Fans have been axxin’ for him and now… HE’S BACK!  From distributor #SinningWorks officially comes “AXEMAN 2: OVERKILL”  – the highly anticipated second installment in the 80’s throwback slasher series featuring MTV “Teen Mom” Farrah Abraham, CBS “Big Brother” Rachel Reilly, “Baywatch” star Angelica Bridges and WWE/WCW star Bryan Clark.
Just last month, filmmaker Joston “El Rey” Theney and his production / distribution company #SinningWorks announced a October 17th home release date.  Earlier today, he not only confirmed when to buy this sadistic follow-up, but also announced where to buy.
From Theney – “No matter where you are in the world on Tuesday, October 17th, the Axeman at Cutters Creek crash lands in your living room and hacks his way to your video-viewing devices!  AXEMAN 2: OVERKILL will be available to stream and download from Amazon Instant Video, YouTube Movies, Vimeo On Demand and PantaFlix. And if you’re like me and prefer physical copies, the film will be available in a limited “Royally Fucked Edition” blu-ray / dvd combo pack for those hardcore Axeman fans that love special features.  The blu-ray / dvd combo pack is already up for pre-order on the AXEMAN Facebook page at www.Facebook.com/AxemanAtCuttersCreek.”
AXEMAN 2: OVERKILL marks the return of the Axeman at Cutter’s Creek.  When a crazed evangelical christians, murderous bank robbers and revenge-seeking vigilantes clash in the quaint town of Cutter’s Creek, there’s only one axe-wielding local legend who can separate them… and dismember them!

Axeman 2: Overkill is unrated and releases on VOD and DVD/Blu-ray October 17th worldwide. Stay up to date on pre-orders and more by following the film on Facebook at @AxemanAtCuttersCreek.