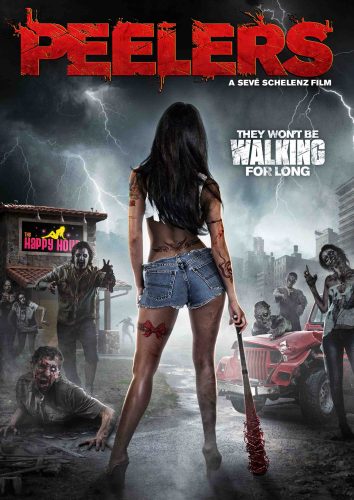 PEELERS – What starts out as the last hurrah on the closing night of an infamous small-town strip club, quickly turns into a night of bloodshed when a crew of coal miners shows up and with them, a deadly contaminant.  Former baseball player and current club owner, Blue Jean Douglas has decided to hand over her bar to a new owner and leave town for good. But Blue Jean’s plans are thwarted when she discovers the magnitude of the epidemic that has been unleashed. With victims piling up, Blue Jean must step up to the plate to protect her family, her friends, and her bar before it’s too late and she loses everything she holds dear.

PEELERS destroys the cliché stripper horror sub-genre by giving us a story packed with exciting twists, baseball, strippers of unusual talents, and a strong female lead.  PEELERS has quickly become 2016’s horror festival hit, premiering in 67 festivals worldwide while carving up 54 nominations and 31 wins.  What’s being described as “Rodriguez meets Tarantino” and “… a pretty damn fun trip” (Dread Central) that “might as well have a tagline of ‘make horror great again’” (Blood Guts UK Horror) has Director / Producer Sevé Schelenz stoked to give genre fans the indie horror cult hit of 2017.

Get ready to own all the never-before-seen spine-tingling EXTRAS on the US DVD & Blu-ray including Deleted Scenes, Gag Reel, Behind the Scenes, Special Effects, Digital Comic, Script To Scene, Director and Actor Commentaries and much more!

Still not bloody enough for you?  Here’s more: 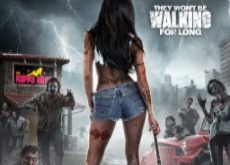