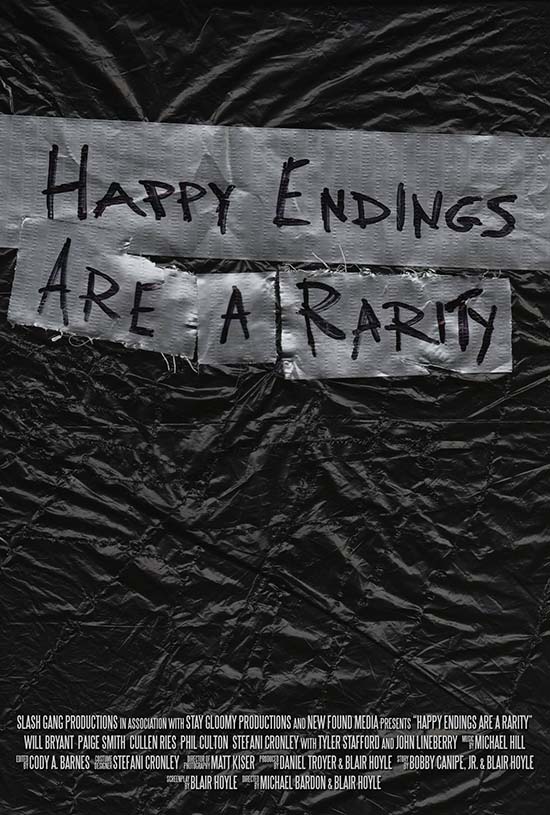 After a traumatic event renders him unwilling to leave the confines of his home, Landon (Will Bryant) struggles to maintain relationships with the love of his life (Paige Smith) and his childhood friends (Cullen Ries and Phil Culton). When they visit him during their final winter break before graduating from college, old secrets are brought into the light, and Landon begins to suspect that his house is haunted.

HAPPY ENDINGS ARE A RARITY will be released on Blu-ray, DVD, and Digital HD by Slash Gang Productions on July 7th.

Tags Happy Endings Are A Rarity