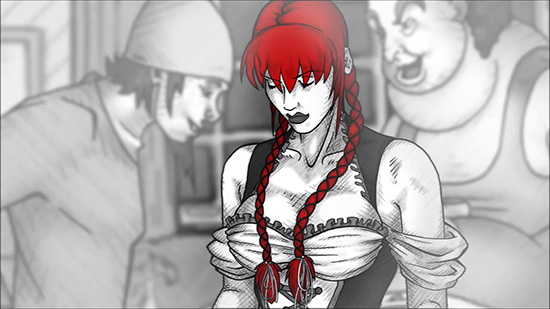 Not so much animated as it is a “motion comic”, the film tells a classic gothic horror-type story through a series of illustrated panels. It’s like reading a comic book with the stereo on in the background. The story is set to the tempo of a song called THE PLACE, kind of like a music video.

For a film that is everywhere on-line, I couldn’t come up with any IMDB information. After a bit of Google-Fu, I was able to work out a few things about the fine people at Prank Monkey Records who brought us this little adventure. 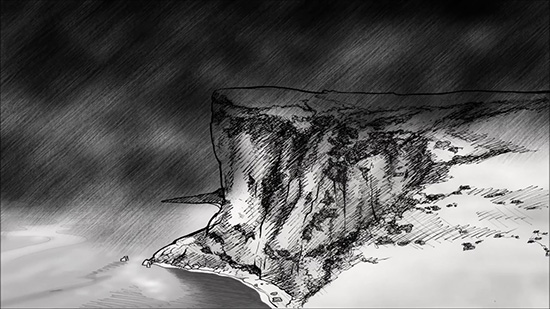 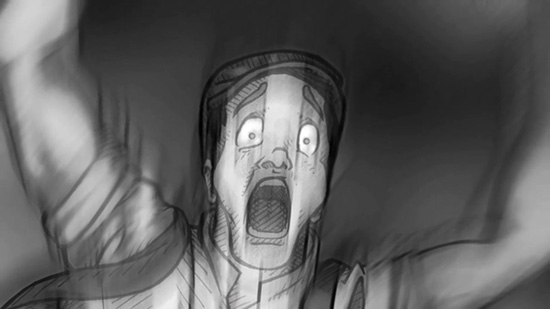 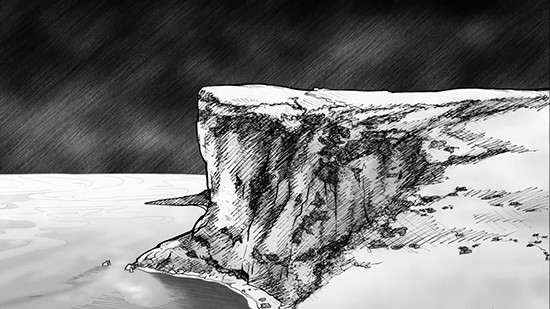 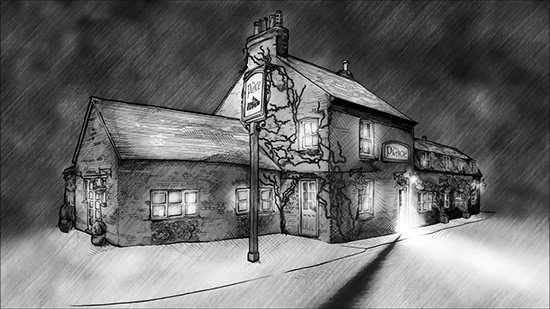 Yes, I said RECORDS. It turns out that Mr. Foster is on the board of an indie music company that helps promote unsigned artists through recordings and performance spaces. That’s pretty cool unto itself.

But there’s more! The music I mentioned earlier is performed by an acoustic band called BONG TORREZ, of which Mr. Foster is a member. The plot thickens…

But this is really about the amazingly detailed illustrations by Mr. Layal. Each panel of the story is so incredible, so much to look at. Each character is an individual. The backgrounds and minimal animation give the whole thing such an extraordinary look.

The film sets up a world for the viewer to enter, giving us a full story even as we walk away with questions. It’s so very well done. I can’t say anything against this film. It’s simply gorgeous.

So using my special short scale of one to five, five being awesome, I’m giving this film 5 pencils.